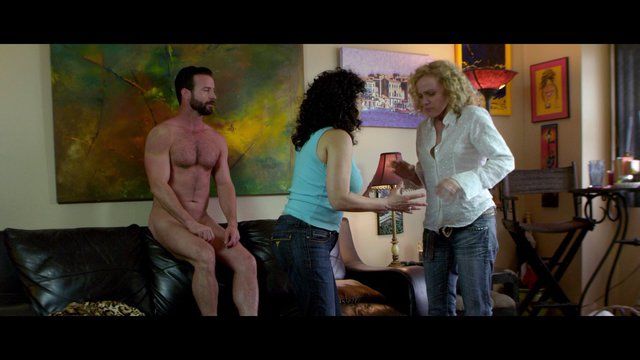 Cassanova Was a Woman (2016)
Sexy, shirtless 00:49:34 The sexy and fuzzy Paolo Andino is completely nude while sitting on the couch, but unfortunately his boy bits are covered. Boo!
advertisement

Everything changes for Cassanova Conto (Jezabel Montero) when she falls in love with a woman in Cassanova Was a Woman (2016). Cassanova seems to have it all. Her acting career is starting to take off, she is good looking, and married to a good guy. When she finds herself falling in love with a woman, it throws her life into chaos as everyone from her homophobic sister to soap star mother and yoga instructor all seem to think they know what is best for her.
What is best for us is Paolo Andino showing off his fine body in several scenes. He is naked throughout the movie and lets us see his bare ass on a few occasions including once while outdoors in New York and a second time as he browses some books. We also see him shirtless on several occasions. His fine, hairy chest and nice abs grace the screen throughout.