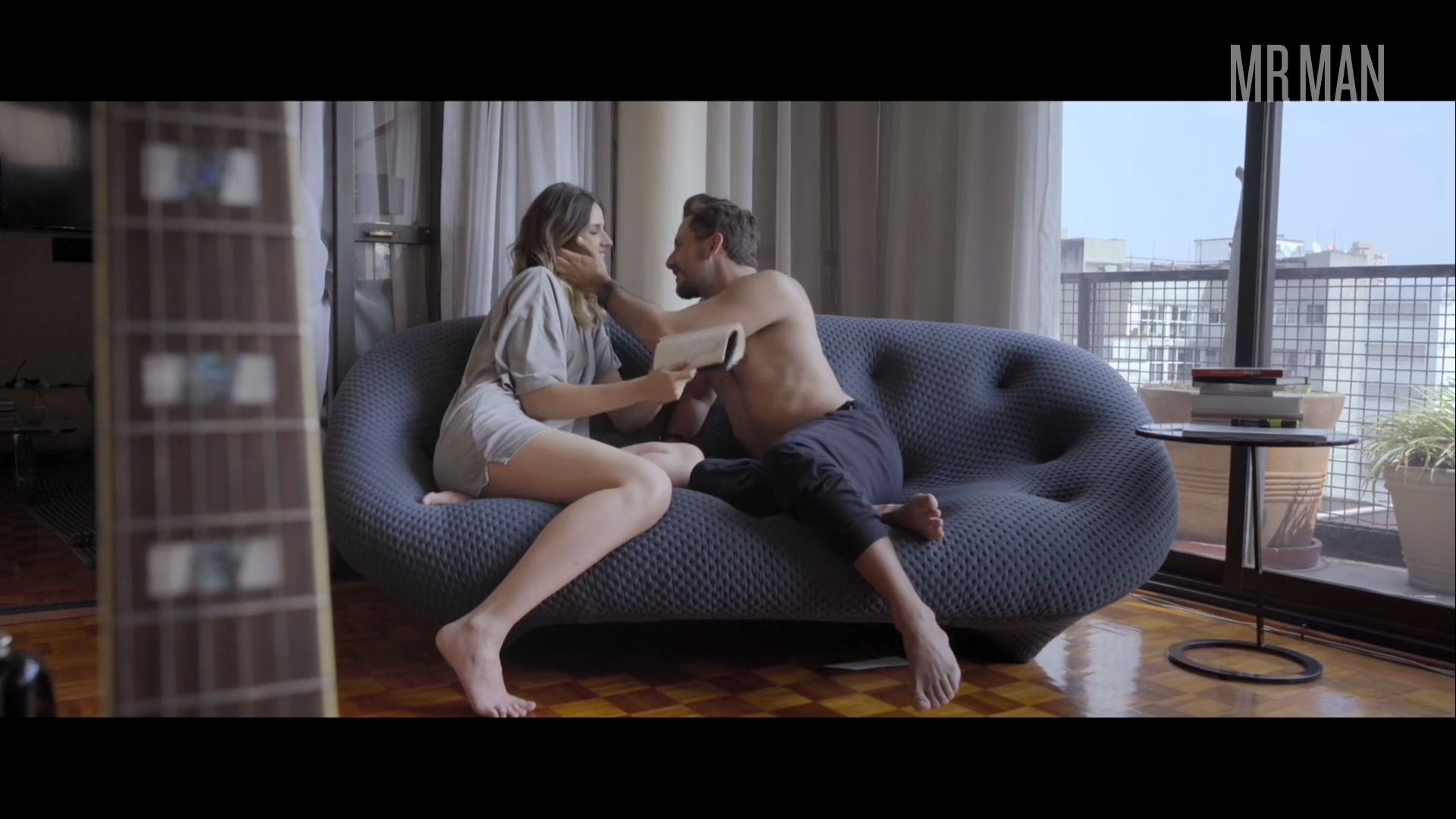 Cómo Sobrevivir Soltero (2020) aka How to Survive Being Single is a Mexican series about a man who is going to propose to his longterm girlfriend of ten years. During the proposal, he finds out that she was cheating on him. Now he's single for the first time in a decade and the dating world is completely different now. His friends are there for him, and so are we to check out just how hunky he is. Our leading man Sebastian is played by saucy Sebastian Zurita. He's also an actor on the show, so we check him out on different sets. He shoots a scene in which he sits in a chair, tied-up and blindfolded as water is poured on him. That means his black boxer briefs are soaking wet and sticking to his body, showing his bulge. With a body like that, there's no doubt he won't be single for long! Another hunk Erik Vega is caught wearing a mesh top and bikini bottoms as he takes a straight iron to his pubes. Okay, that's a look! We love a guy who wants to experiment. Fabrizio Santini plays Fish who wears tight black pants and gets shirtless while he talks out loud and checks out some webcam guys. He even grabs his crotch seductively at one point. It looks like all of these men are actually surviving singlehood very well, but if they are having any problems they can easily call up Mr. Man at any time.