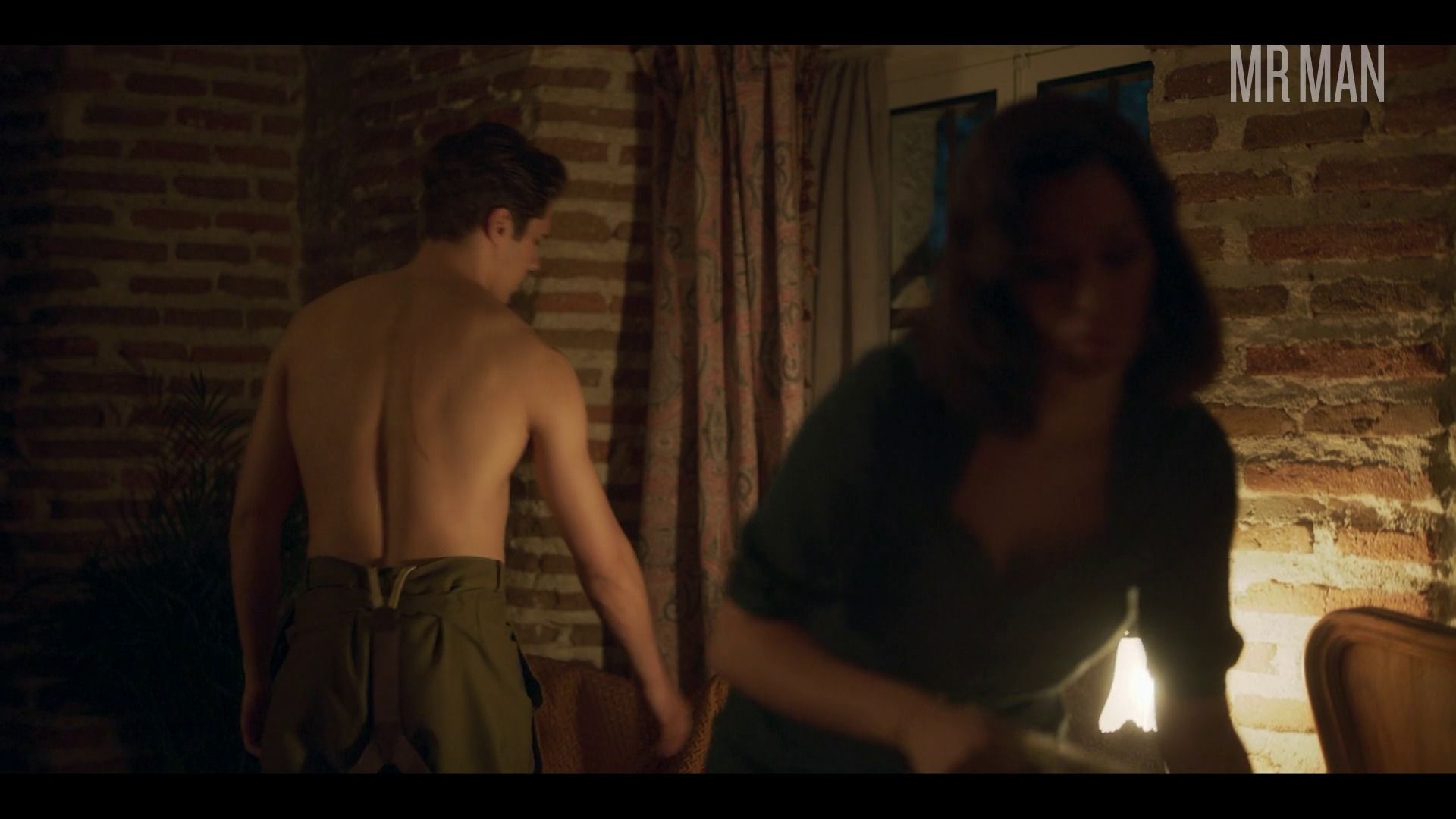 Martiño Rivas is a Spanish sexpot hailing from Galicia, the northern state. Martiño Rivas began his career in the 1998 series Mareas vivas as Dani and from there he spent time showing off his perfectly hot bod in series like The Boarding School (2007), People in Place (2013), Three Many Weddings (2013), I Know Who You Are (2017) and more. As Carlos Cifuentes in Cable Girls (2017), he takes off his shirt to show off how toned his torso really is. Check out his perfectly round nipples and the tuft of chest hair between them. Other than that light hair, he's hairless and muscular. Rivas will rev your engine.