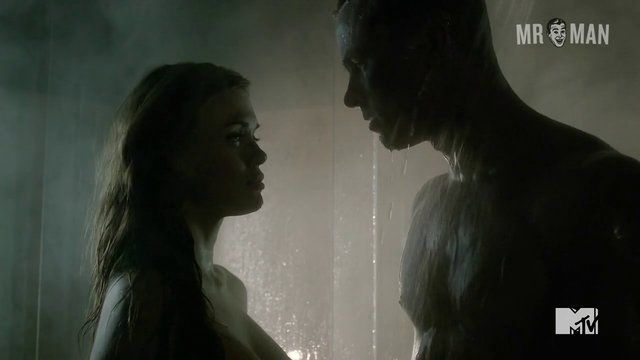 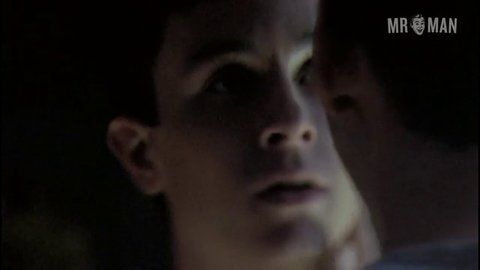 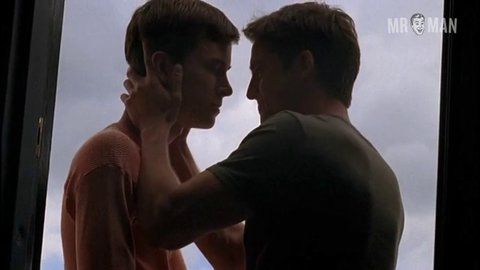 Handsome hayseed Ryan Kelley makes us wish they all could be Midwestern dudes. The brown haired babe grew up in Glen Ellyn, Illinois, a Chicago suburb not too far from the office of Mr. Man, but he’s yet to stop by and say hello. We’re assuming that Ryan’s too busy to pay a visit, but that’s fine because we’re busy checking out his acting gigs in the films like Roommates (1995), Stolen Summer (2002), Mean Creek (2004), and Outlaw Trail: The Treasure of Butch Cassidy (2006). The real treasure of Ryan Kelley came in the 2009 biographical television movie Prayers for Bobby. Our prayers were kinda answered when the lanky dude swapped some sexy kisses with his male co-star in two erotic scenes. It’s disappointing that Ryan kept his clothes on during these kisses, but he gave us enough material to inspire our lonely nights. Currently, Ryan is feeding our law enforcement fantasies by portraying Deputy Jordan Parrish on the homoerotic MTV series Teen Wolf. We’re under arrest!