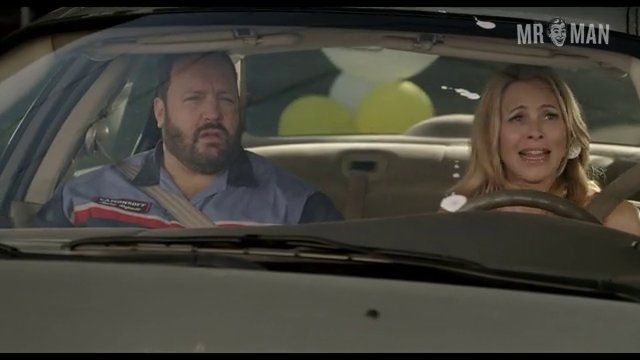 Saturday Night Live cast member Bobby Moynihan has become the funny foundation of the canonical sketch show. When he’s not portraying Obnoxious Microphone Guy or Scared Straight Kid, the beefy funnyman is bringing his humor and charm to the big screen. Bobby has had small roles in films like Mystery Team (2009), The Invention of Lying (2009), When in Rome (2010), and The Brass Teapot (2012). In Grown Ups 2 (2013), Bobby brandishes his bulge in a pair of tight shorts during a hilariously sexy car wash scene. With his curly hair, boyish face, and smart glasses, Bobby is a stud in sheep’s clothing. We love to reward ourselves handsomely when Bobby is on the boob tube.