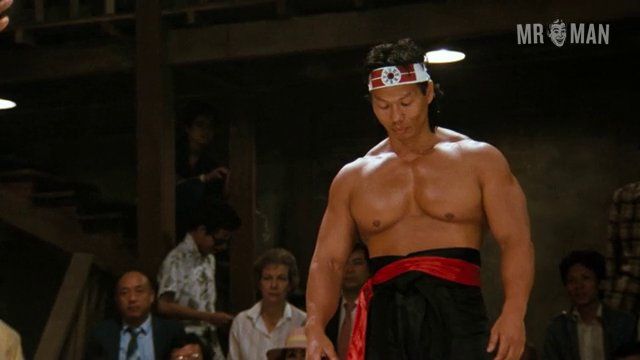 Bloodsport (1988)
Sexy, shirtless 00:40:02 Bolo shows off his amazing physique. The dude is like a brick wall of muscle. Beautiful. 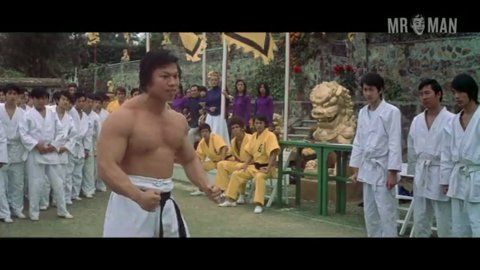 You might recognize Chinese action star Bolo Yeung as Jean Claude Van Damme’s primary advisory in Bloodsport (1988) or opposite Bruce Lee in Enter the Dragon (1973), but he has starred in more than 100 movie in both China and Hollywood. Bolo is fit, strong and a major badass on the big screen. He got his start as a bodybuilding champion in China where he won the title Mr. Hong Kong and is known as Chinese Hercules. He isn’t known for doing much nudity, but he has one of the best chests that you will ever lay eyes on. In Bloodsport we get to see him with his shirt off on several occasions as he kicks ass in the ring. His glorious pecks will cause you to melt and deliver a double impact on your naughty region. In Enter the Dragon he is younger, even more buff, and shirtless in a few different scenes. We're still waiting to see Mr. Hong Kong's dong!