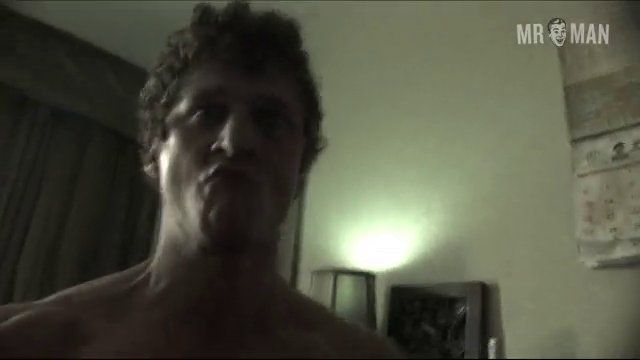 The ABCs of Death 2 (2014)
Sexy, shirtless 01:27:15 Jerod &amp; Mark are shirtless, filming themselves walking around a hotel, terrorizing women!

With his unassuming charm, chestnut-brown hair, and blue eyes, combined with his fresh-from-the-mat, high school wrestler looks, Jerod Meagher is just the kind of dude you dream about during your lust-filled nights. Before he was showing off his hotness and aspiring acting skills in the short films Straight No Chaser (2009), Between the Two of Us (2010), and Hell Week (2011), Jerod was spending his downtime in the pool as a competitive swimmer and working on his martial art training. So if you love swimmers and their amazing, Speedo-clad bodies, then Jerod is just the right guy for you! While trying to make a name for himself in Hollywood, the aspiring actor earned guest spots on the boob tune shows The Wingman and Banshee. You’ll be screaming (and creaming) like a banshee when you see Jerod’s ab-tastically shirtless scene in the comedy horror flick The ABCs of Death 2 (2014). Mr. Man would love a chance to teach Jerod the ABCs of sex!