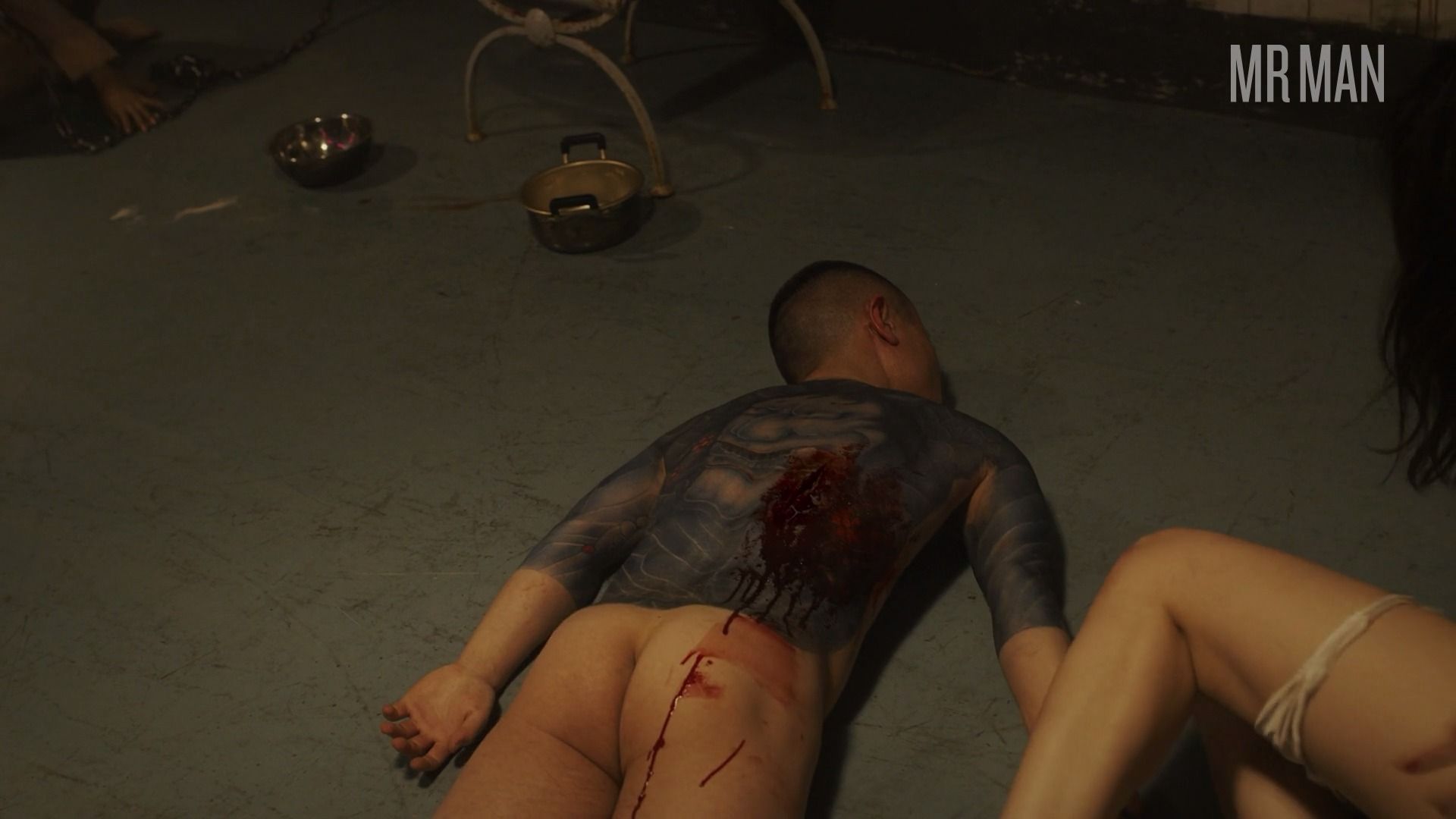 The rugged Ryûtarô Ninomiya is an actor, producer, director, and writer who made his onscreen debut in the short film Great-grandma Is Still Alive (2011). Since then, you’ve seen him in Sad Tea (2013), The Naked Director (2019), and Sweating the Small Stuff (2017). Our favorite place to see this juicy Japanese actor is when he brings the booty for his role in The Naked Director. As you might have guessed from the title, this gritty thriller has some nudity! Ryûtarô is having sex with a woman when a man in a suit stabs him in the back. Ryûtarô falls forward, giving us a look at his tasty tattooed back and tight tush! The scene isn’t very sexy, but Ryûtarô’s rump still looks ravishing!