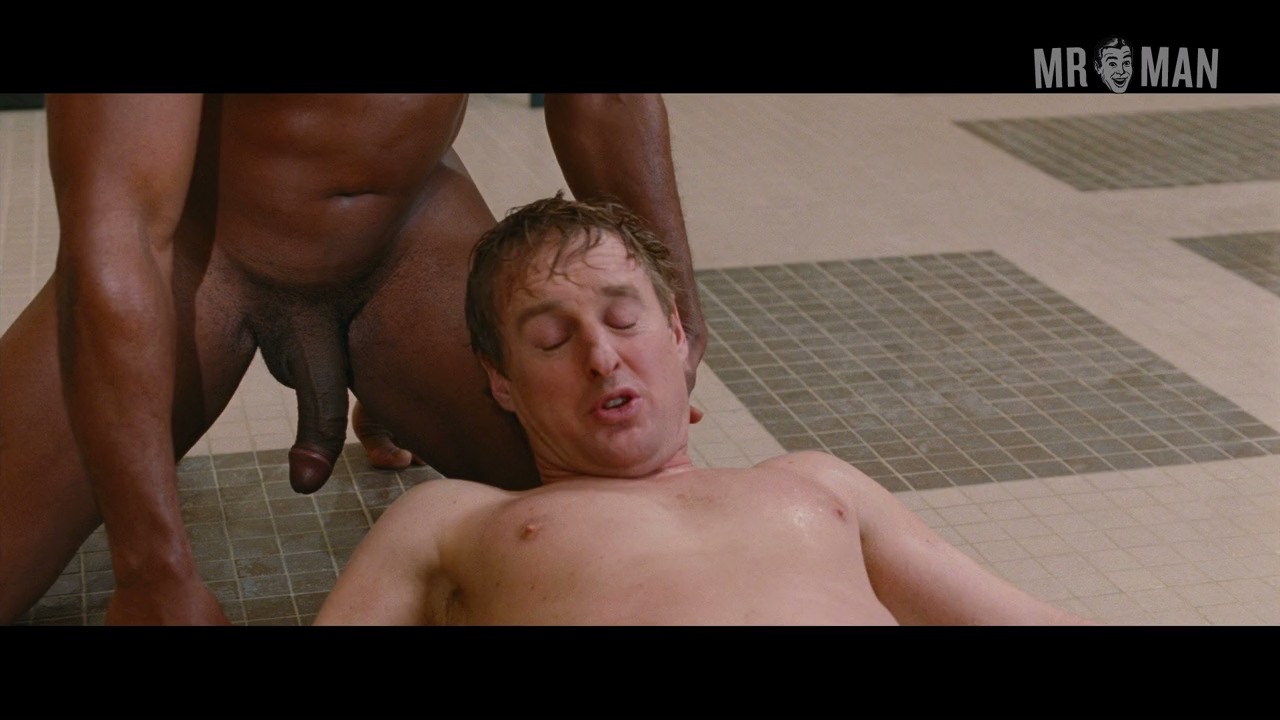 Thaddeus Rahming was born in the Bahamas, but his family moved to Miami when he was young. He spent much of his youth excelling at sports and now lives in Atlanta where he is pursuing many aspects of the entertainment industry. At the moment he only has one film credit on his resume, Hall Pass (2011), but his large moment in this film will linger in your mind and your loins. In his scene he is fully nude when he and another guy pull a drowning Owen Wilson from a spa. Thaddeus’s incredible, muscular body is fully exposed including a full frontal that will have you craving a big chocolate covered banana. He squats down and his massive, semi-erect unit nearly hits Owen in the face. After a joke about penis size he and the other, much smaller guy, switch spots. This gives us a fabulous view of his round, firm rump as they drag Owen from the water. With his large, swinging tool filling up the screen, Thaddeus is likely to leave a lasting memory that will touch you to your core.