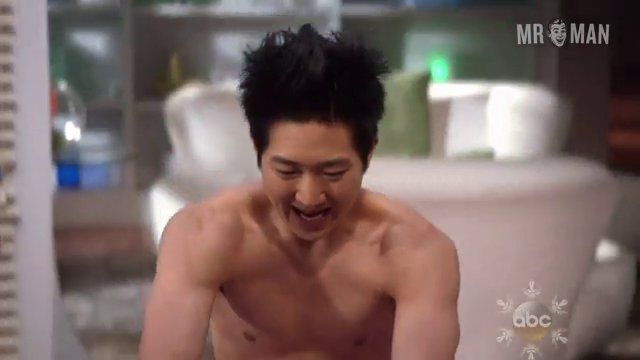 Lone Star stud Tim Jo is just beginning his acting career. The Asian actor made his movie debut as a “mustached gamer” in the comedy The 2 Bobs (2009). We’re down for a mustache ride any day! Besides his bit roles in films like Bandslam (2009), Fame (2009), and I Am Ben (2012), the slender star earned recurring role on the hit boob tube comedy Glory Daze. On the popular ABC sitcom The Neighbors, Tim showed off his slender physique while going for an awkward but sexy skinny dip in an inflatable kiddie pool. Even though his time in Tinseltown has been brief, Tim Jo is a handsome dude that’s destined to be in the spotlight…and in our naughty dreams!