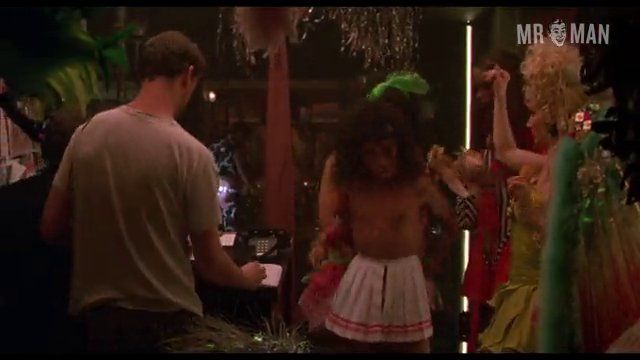 The Birdcage (1996)
Sexy, underwear, shirtless, bulge 00:04:15 Andre runs offstage and does a quick change that gets him down to a skimpy gold one-piece that nicely shows off his bulge!

André Fuentes has spent very little time in front of the camera. The California-born cutie made his acting debut as a dancer on the kid-friendly show Kids Incorporated, which led him to a guest spot on the TGIF show Boy Meets World. Mr. Man’s dreams met with reality when André stripped down to a skimpy one piece while performing in a drag show in the comedy flick The Birdcage (1996). We’d like to see him let that bulging bird out for some air! After earning guest spots in the flicks Fil de zup (2001) and The Longest Yard (2005), André’s acting career appears like it came to an end. Now, Andre shows off more than his body, he shows off his dance moves as a popular dance instructor, working on routines with performers like Prince, Britney Spears and Beyonce. You go, girl!