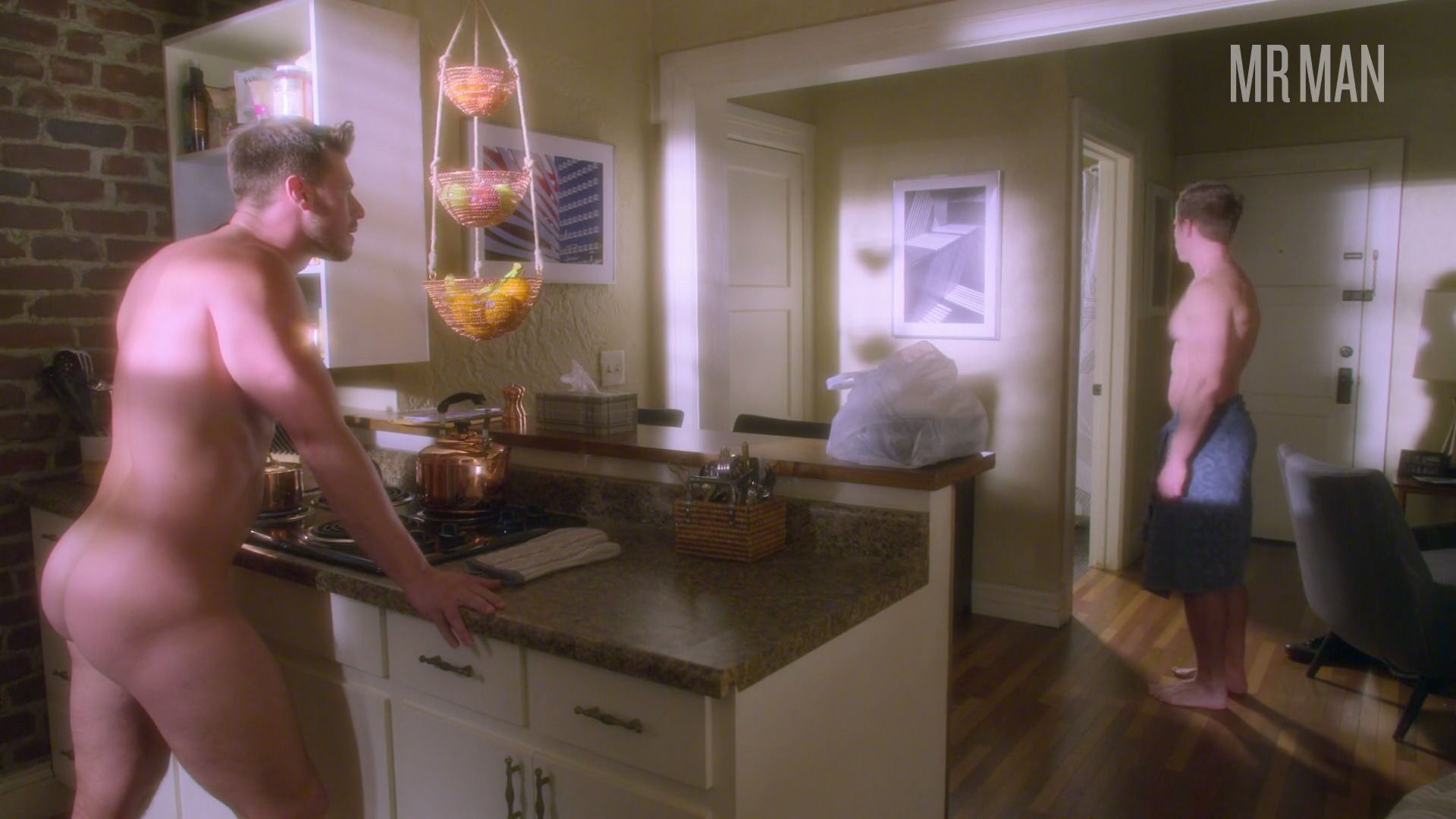 AJ and the Queen (2020-)
Nude, gay, shirtless, butt Ep. 01x10 | 00:11:05 Matthew Wilkas opens the door in just a towel for Michael-Leon Wooley. Michael is blind, so he doesn't notice butt-naked Constantine Rousouli in the kitchen.

Model, actor, musical theater maven. All of those things describe the star of stage and screen Constantine Rousouli who is much more than a pretty face. He got his start in Broadway, but a face like this has to be seen by the masses. This openly gay hottie has lent his talents to How to Be a Vampire (2016), Life's a Drag (2015), and the revival of Charmed (2018) as Hunter. He has an adorable role in AJ and the Queen (2020) in which he is naked in a kitchen to show off his muscular body. In one shot at the end of the scene, we see his ass. That full moon looks like a kitchen snack! Constantine can do more nudity whenever he likes. We're very ready for more!