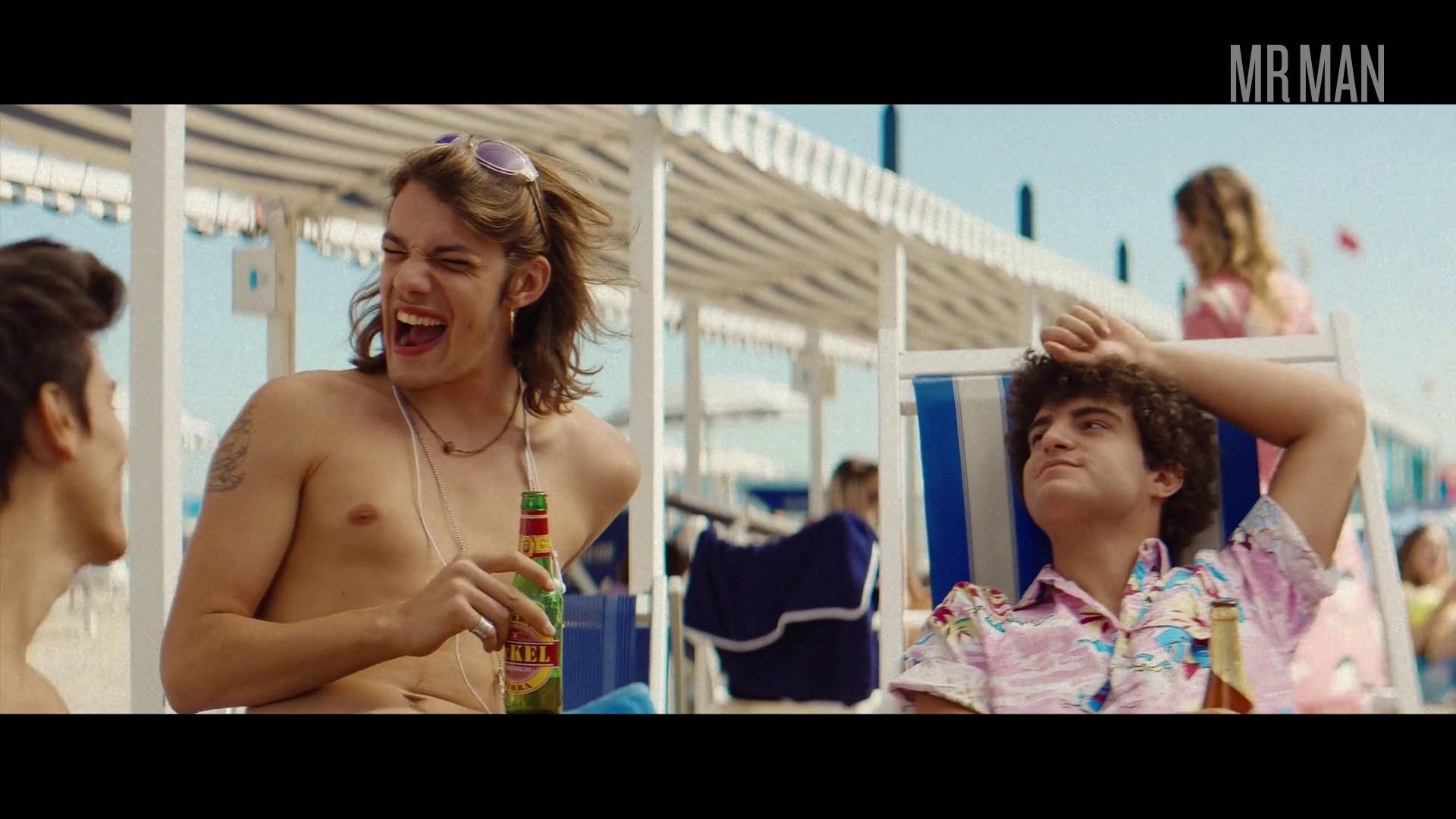 Under the Riccione Sun (2020)
Sexy, gay, shirtless 01:04:40 Davide Calgaro and Matteo Oscar Giuggioli are skintastic in this sexy scene!

What is there to say about the insanely cute and sexy Davide Calgaro that hasn't already been said? This curly haired cutie hails from Italy and has hot masculine facial features and a nice beefy bod that gives you something to grab onto. We're truly disappointed that Davide didn't go shirtless in his only Mr. Man performance - Under the Riccione Sun. This hilarious Netflix comedy is about a group of sexy teens who all spend their summer in Riccione - an Italian coastal town known as much for its sandy beaches and sparkling blue water as it is the gorgeous people who flock to said beaches and water. Davide is one of such people, and during a particularly steamy game of spin the bottle he dares a kiss with another boy! When Davide isn't making out with hot dudes on screen, he's delivering side-splitting standup. He's a comedian and you can catch plenty of his acerbic humor in videos posted online. The only caveat is that you need to know Italian. Davide only got into the acting game in 2020 and already has three projects under his belt. With his exploding career, we hope Davide makes the jump to exploding out of his clothes sometime soon! Sure we enjoy seeing his fun-loving personality on screen, and sure we're never going to say no to a gay kiss, but it's really time that Davide takes off his pants to show us what he's packing. Something tells us this comedian has more than just a tight 5"!