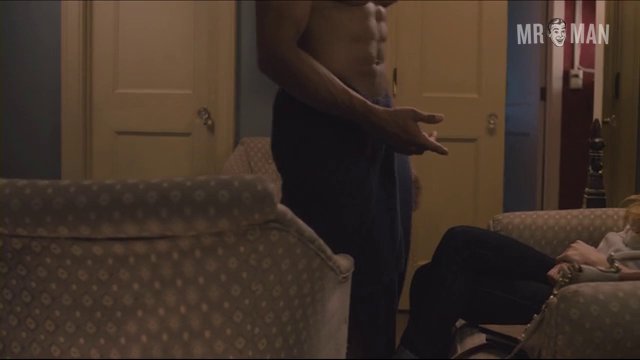 Dear White People (2014)
Sexy, shirtless 00:39:25 Brandon shows his buff body as he strolls around in his bath towel.
advertisement

Set on the campus of the fictional Ivy League Winchester University, the satiric Dear White People (2014) follows four black students—Samantha (Tessa Thompson), a self-proclaimed black activist Samantha who is fed up with the sad state of the all-black residence hall on campus, so she decides to run for Head of House; Troy (Brandon P. Bell), a clean-cut kid whose father (Dennis Haysbert) is the Dean of the school; Lionel (Tyler James Williams), an awkward teen that works on the school newspaper, developing non-controversial stories; and Coco (Teyonah Parris), a conflicted smart girl who wants to be taken seriously by everyone without regard to her race—as they become part of a riot that breaks out over an African American-themed Halloween party thrown by a bunch of white students. More than a riot will break out in your pants when you check out Brandon P. Bell’s buff, towel-clad body as he puts the moves on his lucky lady. Dear God is he hot!