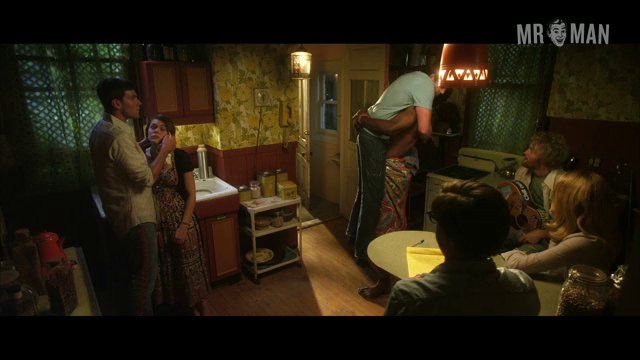 Devlon Roe excelled at several sports in high school and was offered a scholarship to play basketball for Michigan State University where he played for three years and was a starter during a national championship game. Sadly, knee injuries ended his basketball career and led him to pursue his second love, acting. While starring in a school play director Danny Mooney saw him and offered him a role in the movie Love and Honor (2013). There will be a championship caliber game of rub the junk going on in your pants as you watch the fit, cut Devlon walk shirtless into a room and plant a kiss on another guy’s cheeks. His abs look so good you won’t be able to control the dribbling of drool down your lip as you love and honor your private spots.