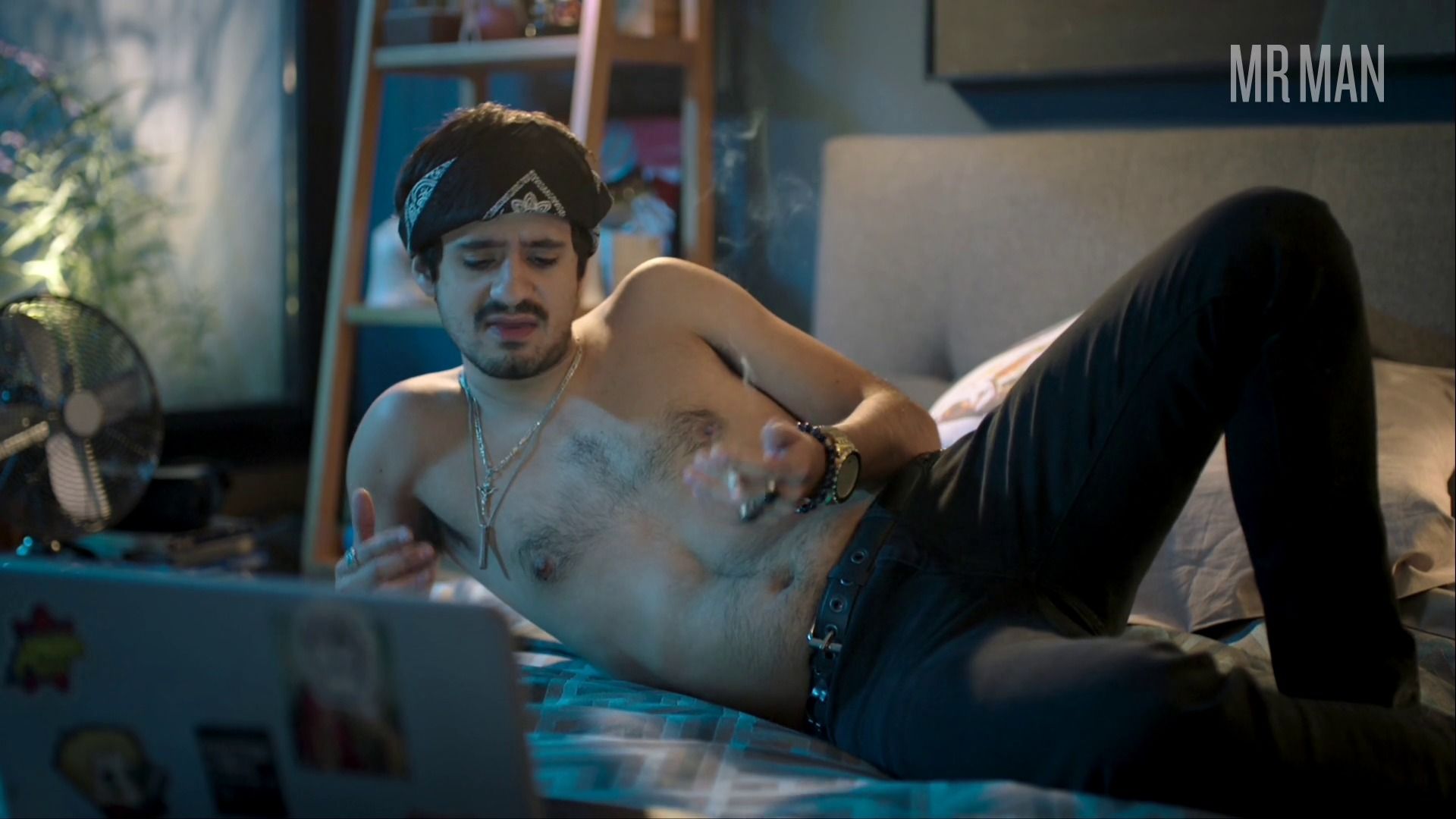 Fabrizio Santini sounds Italian, but this hottie is actually Mexican. He's an actor who has been nominated for the Ariel Award for Best Male Breakthrough Artist. How cool is that? This sweet and sensual young man with dark hair and light pale skin shows his skinny bod anywhere he goes. We've adored watching him in his many amazing TV and film appearances. He had his first role in the 2007 movie La Leyenda de la Nahuala as Leo San Juan and other movies like Leaf Blower (2015), If I Were You (2018), Lady of Steel (2018), El Cesar (2017), Narcos: Mexico (2018) and so many more. He's clearly a working actor who isn't afraid to stretch himself and grow. He'll make you grow when you see him in the Spanish sitcom Cómo Sobrevivir Soltero. That translates to How to Survive Being Single which is easy to survive when Fabrizio is nearby. He plays Fish in How to Survive Being Single (2020), but he serves all man when he is shirtless and wearing tight black pants. He chills in his bed on top of the covers as he tries to watch some cam videos. He pulls up a cam guy and the two start chatting even though Fabrizio seems too anxious for this line of work. He is shirtless, though, and showing us a tuft of black chest hair. He then also grabs his crotch which looks like a rather meaty grab in the palm of his hand. That'll inspire you to do the same!