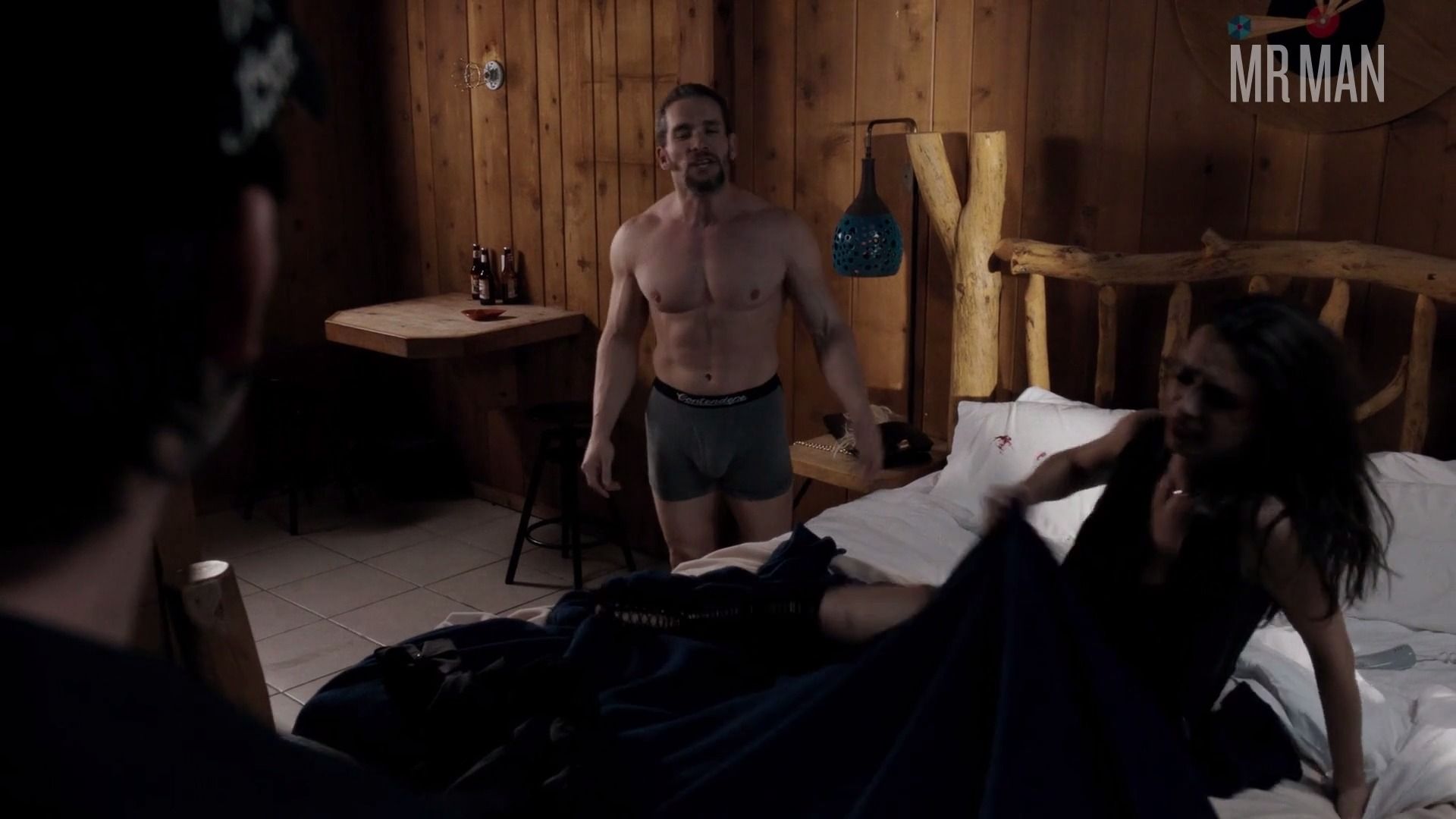 It was a humble beginning in the entertainment industry for Arizona native Jose Rosete. Starting at the age of 13, he worked as an extra. Over the next 10 years he performed as a extra or in bit parts in various productions in Arizona, but he knew he needed to move to Hollywood to have a better shot. Jose is a big, strong guy walking around at about 265 pounds so he tends to play tough guys and villains but with over 300 credits on his resume, he has done a little bit of everything including winning the “Most Active Actor” award at the Peoria Film Festival. Seeing Jose in his underwear in Intensive Car (2015) will have your hands being very active on your body. He climbs out of bed and stands talking to someone while wearing just his underwear. His muscular upper body looks great and judging by the bulge in his pants, his muscles aren't the only thing that is big on this stud’s body.