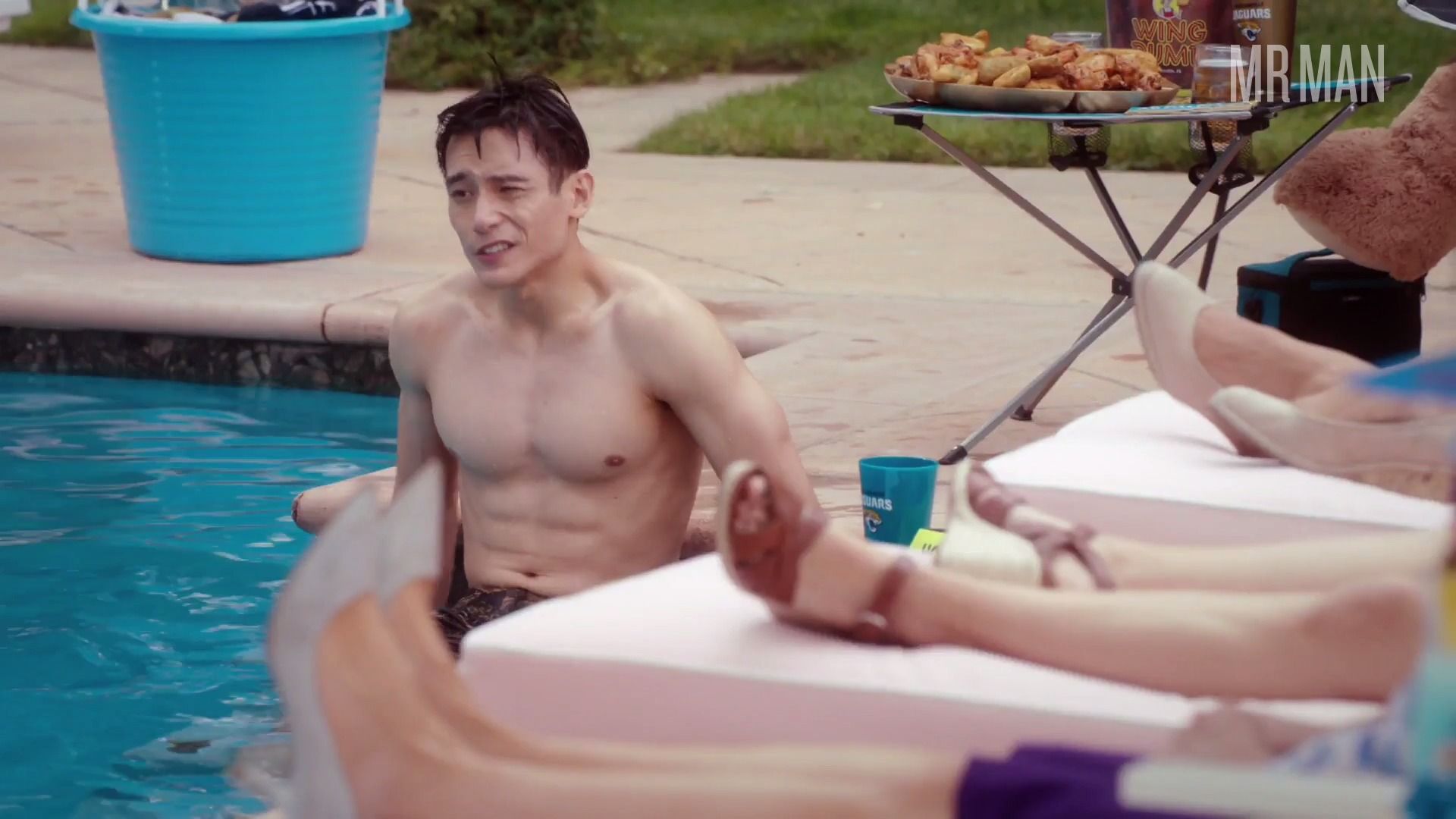 This fine Filipino fox is probably most recognizable as the super hot idiot and Jacksonville Jaguars superfan, "Jason Mendoza", on NBC's The Good Place but Manny Jacinto has actually been working steadily in Canadian and American projects for several years before he landed his big break!  He was born in Manila but his family emigrated to Canada when he was just a kid and primarily grew up in British Columbia.  He actually began his career in front of audiences by participating in hip-hop dance competitions, which probably explains why he still has an incredible body and can still pop and lock when needed as the loveable doofus that made him a star.  When he moved to LA, he began popping up on shows like Once Upon a Time, Supernatural, and iZombie to start his career but The Good Place bumped him up to another level and he has received critical acclaim for playing against Asian stereotypes in Hollywood and becoming a bit of a sex symbol.  This isn't surprising to anyone because he has a jawline that could cut glass and the body of, well, a hip-hop dancer!  Manny has a bright future ahead of him as he can also be seen on the big screen in Bad Times at the El Royale (2018), opposite Chris Hemsworth and Top Gun: Maverick (2020), opposite THE Tom Cruise.  That's some seriously sexy company to keep!