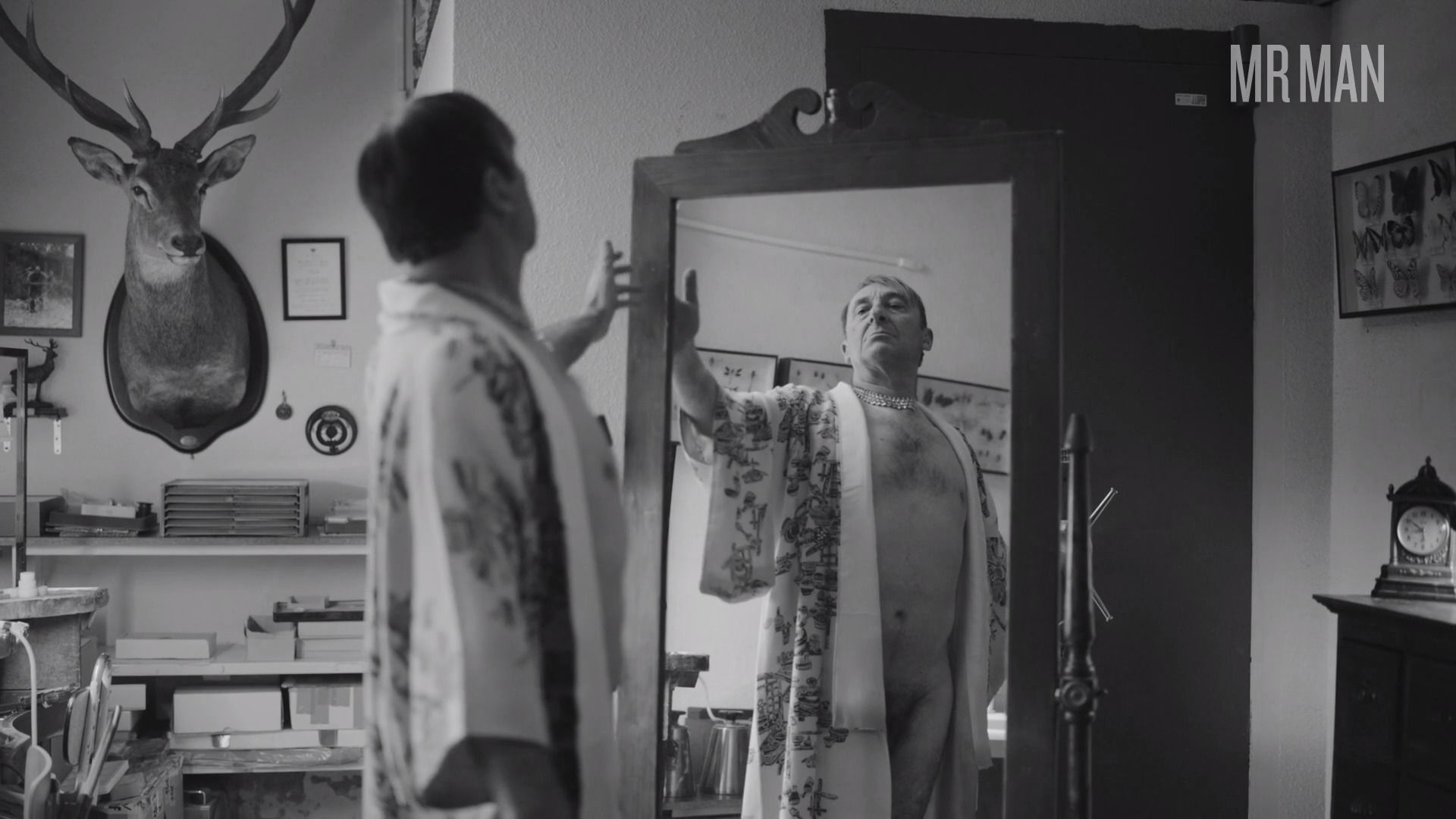 This seasoned Spanish stud has been in the acting game in his native country since the early 1980s with much acclaim!  He is probably most recognizable state side for his long run on the TV series Era visto, which ran for 4 years on some channels over here in which he put up a staggering 135 episodes; and for the 1997 flick Airbag, which got some buzz as well.  Manuel Manquiña comes to us though a little later in life with a part on the Debi Mazar as Ava Gardner led Spanish series Madrid on Fire.  Manuel might be single handedly responsible for setting Madrid on fire in that one because he gives us a dick tucked mirror show for the ages!