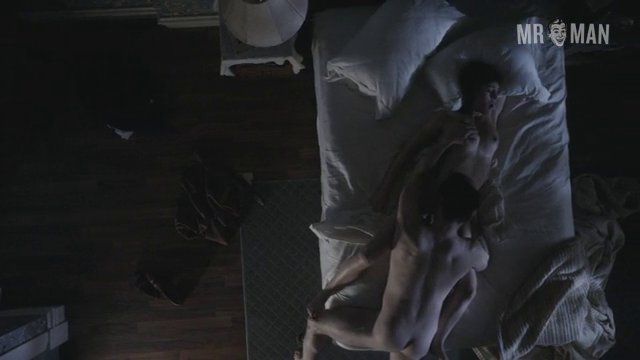 Don’t let his quirky name fool you, Mather Zickel is all man! The New York-born actor is classical handsome and impressively talented. Mather has earned his fair share of innocuous appearances in films like Caught Up (1998), Molotov Samba (2005), and Wedding Daze (2006). We love a hardworking man! But you probably know him from his comedic roles in television shows like Reno 911!, Horrible People, and Delocated. If you’re not much for the funny business, Mather can also play it seriously, as showcased by his portrayal of Travis Hall on the short-lived superhero drama The Cape. Mather also kept a straight (and attractive) face on the Fox hit Bones. Speaking of bones, Mather had us in lather when he went buns out with his face buried in his woman’s box on the sex-plicitly delicious Showtime drama Masters of Sex. Let’s hope he’s a recurring character on the naughty-for-science series, because we need more than one view of Mather’s magnificent seat meat.