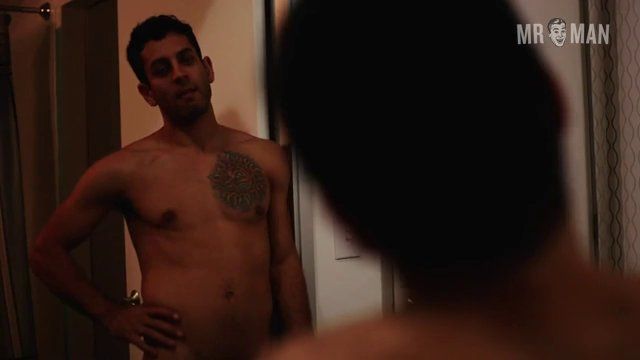 Michael Basilli really impresses Mr. Man. Not only is he just plain sexy, he’s one smart dude; he speaks five languages! Color us impressed! As far as his acting career goes, Michael’s big debut was in the bawdy boob tube series DTLA, and he left a lasting impression. On a loin-tingling episode, the sexy, well-built babe bared his butt while getting steamy in a same-sex moment of loving. He’s got a nice ass, but we really want to see Mr. Basilli’s willy!