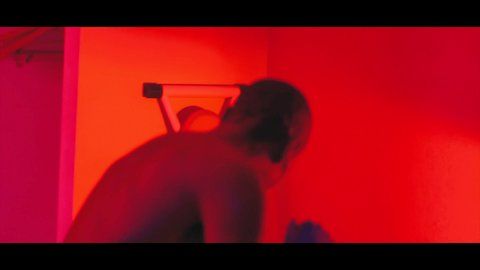 Brown eyed babe Nelson Davis is an actor best known for his work in Lovers Lane, TheSexSymbol87 (2012), and Watercrest Beach (2013). Nelson also works as a producer and writer. He made his directorial debut with the film TheSexSymbol87. Nelson brings the booty in the thriller web series To Catch the Killer (2017). Nelson shows off his tight tush while going to pound town with a lucky lady in some sexy red lighting. We’d love to catch another look at Nelson’s killer body!