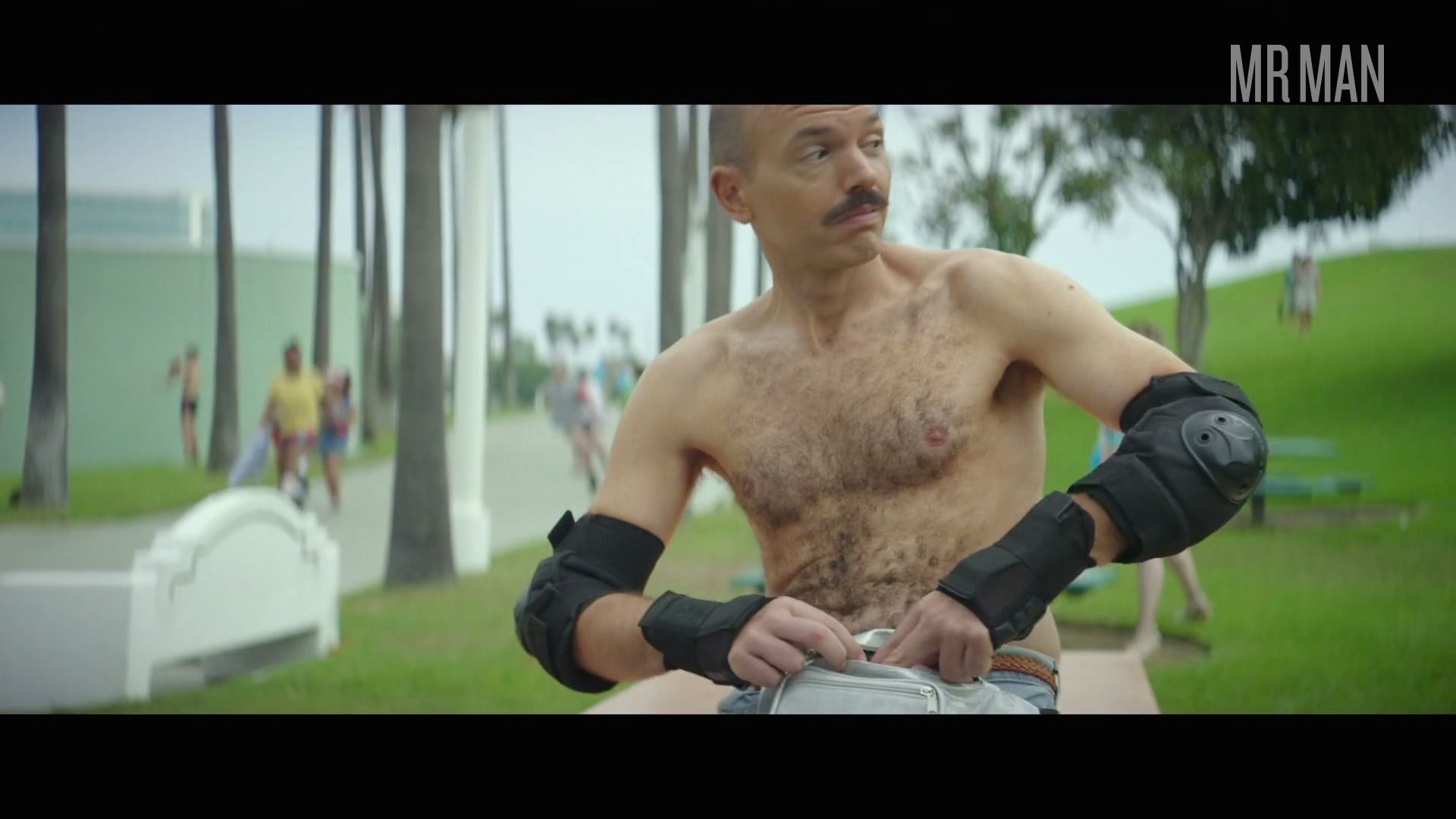 It's hard to imagine someone with a busier schedule when you look at the body of work that Paul Scheer has done since he broke onto the comedy scene in the late 90s.  He's an actor, comedian, writer, producer, and voice-over talent; that is when he's not too busy hosting one of the most popular podcasts in the world "How Did This Get Made?".  He probably got his biggest break on the sketch comedy show Human Giant back in 2007 but he became a recognizable doofus a year later on the FX series The League, where he played Andre and irritated almost everyone in the world!  If it's on TV, there is a good chance Paul has been on it, from Fresh Off The Boat to Veep, he's getting that sexy and all too familiar gap tooth and chrome dome out there for your viewing pleasure.  He comes to us with a shirtless roller skating scene in some jean shorts while listening to Queen on the beach on Showtime's Black Monday.  He lets that fuzzy little chest fly while rocking out and it's a glorious slice of 80s sexy from a bygone era of beach cruising!