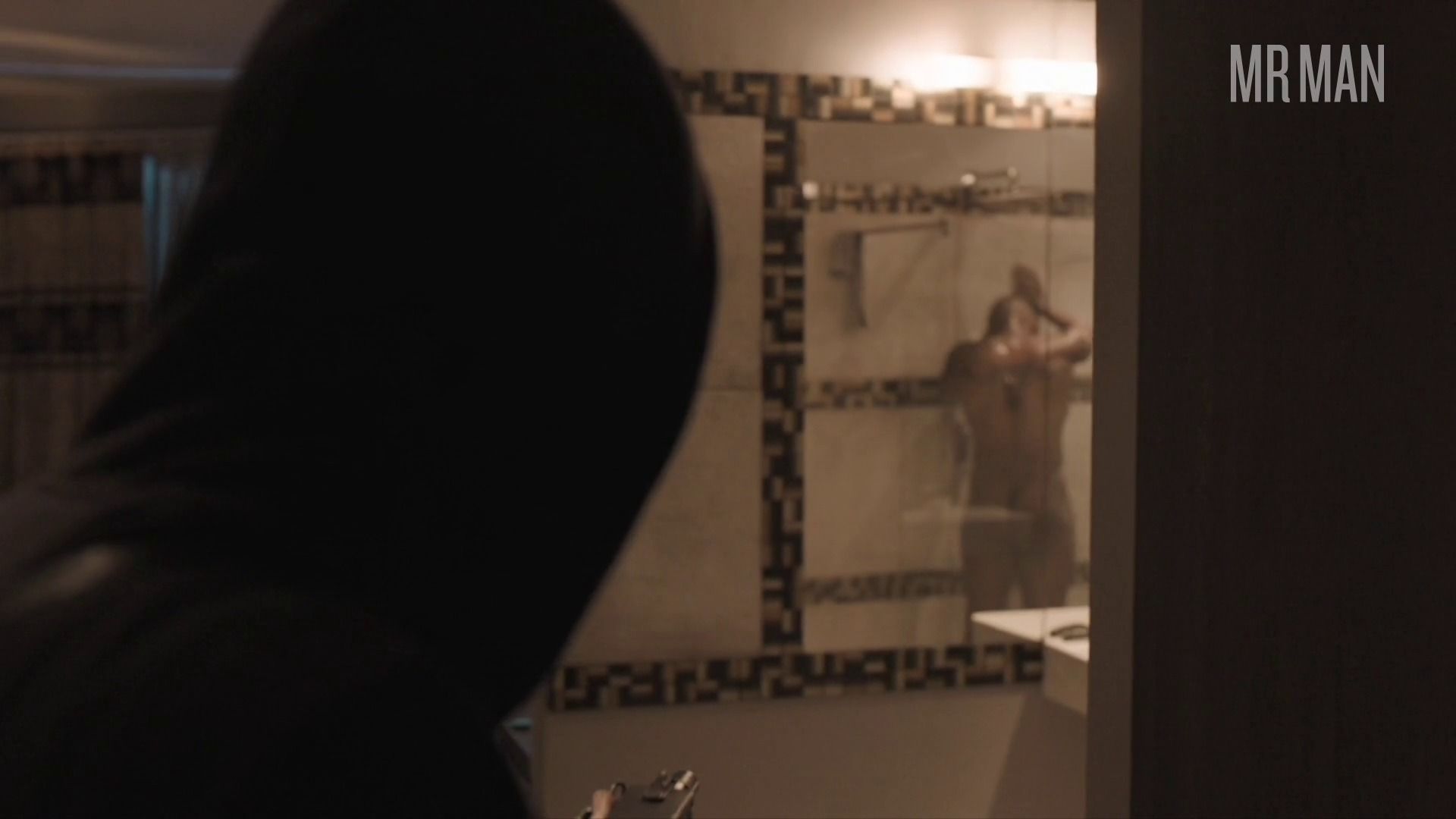 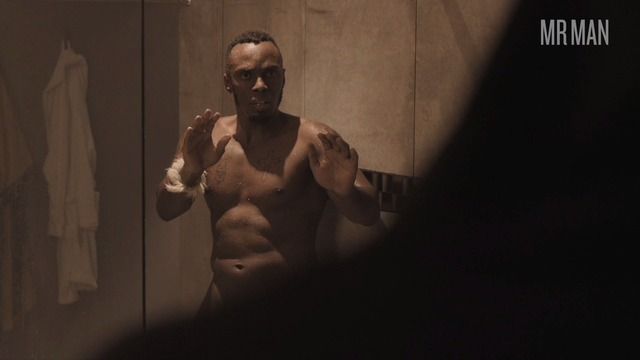 The very sexy Sisanda Henna is a hunk you gotta know. You just gotta! This muscular dude has a megawatt smile that melts hearts while his hard body makes us think he could win in any fist fight. So which is it? Is he a tough guy or a sweetheart? It turns out he's a little from column A, a little from column B, and all from column Sex-C. He's a terrific actor who began his career in 2003 in the TV series Tsha tsha and then plays Jabu in This Life (2004). This Life is truly blessed to include a specimen like Sisanda in it. This South African stud has also starred in ER (2006), Bongi in Klein Karoo (2013), Ali in Deep State (2019), Lesego Moleko in Agent (2019) and so many more. He had his real breakout role in the 2019 TV series in Trackers as Inkunzi Shabangu where he finally shows his bare butt. Thank goodness! He takes a steamy shower in a super fancy, big shower that shows off his fit figure behind a wall of glass. His ass looks great in that glass! A gunman sneaks up on him which makes Sisanda turn around with his hands raised. The gunman takes out his phone to take pictures of the naked Sisanda, presumably for future blackmail. Um, can we get sent some of those pics? We're really missing out on that front view, but the gunman seems to dig it. Is that a gun in his hands or is he looking at Sisanda?