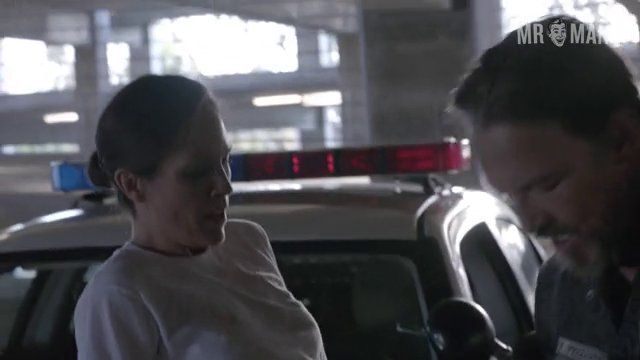 Before the Scotland-born actor Tommy Flanagan made it to the world of films and television, he was working his ass off as a DJ in the local nightclubs. Spinning records led to tragedy when Tommy was attacked by some knife-wielding hoodlums and given facial scars after a late-night DJ-ing gig. But when you’re as hot and sexy as Tommy, being given a “Glasgow Grin” didn’t ruin his looks. The tall and handsome Scot kicked off his acting career much like most other actors, by earning guest spots on the boob tube. From television shows like Taggart, 24, Detroit 1-8-7, and Peaky Blinders, Tommy brought a certain edge to his guest spots. He made his big screen debut in the Oscar-winning drama Braveheart (1995), which led to gigs in the films The Saint (1997), All About the Benjamins (2002), Sin City (2005), and Hero Wanted (2008). Mr. Man wanted to see Tommy in the buff and thanks to the popular motorcycle-themed drama Sons of Anarchy, where he portrays Filip ‘Chips’ Telford, the rough and tumble babe shared a brief look at his rump while banging his girlie against his squad car in season seven, episode nine. It’s brief, but when it comes to Tommy, we’ll take what we can get. This guy from Glasgow sure put a grin on Mr. Man’s face!