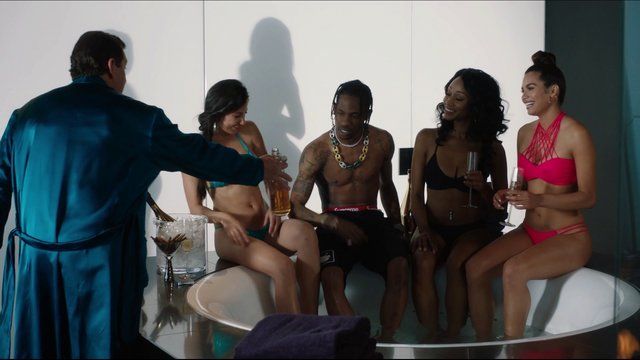 Rapper Travis Scott is our tasty crush of the moment. This all-American rap star hails from Houston and has been climbing the charts with hits like "Antedote" from his debut studio album Rodeo (2015). This ripped rapper began his career in music production, but we're glad he's broken out as a star to listen and look at. Travis Scott plays himself in Ballers (2017) where he is surrounded by topless girls. He's the topless one to marvel at, though, because he isn't wearing a shirt! We love his six-pack abs and toned pecs that are the real scene stealers. We hope Travis continues to ball on screen!