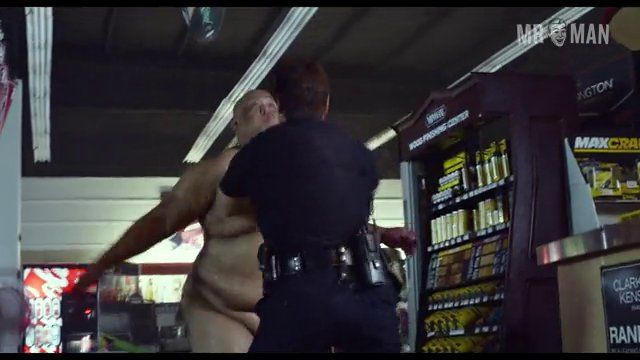 The term “large and in charge” is the best way to describe Americus Abesamis, and we mean that in a good way. Americus fully embraces his full-body hotness and he uses it to his advantage in the movie business, scoring roles that only a hefty dude could fill. The alliterative named actor seemed to gravitate towards law enforcement roles, portraying a police officer in the films Satan Claus (1996), Heart of Darkness (2003), and Feel the Noise (2007). When he wasn’t walking the beat on the silver screen, he was also pushing his weight around as a bouncer in the films Erotic Aftershock (2007), Miss March (2009), and he also did some bouncing on the boob tube shows Chuck, The Office, Don’t Trust the B---- in Apartment 23, and Shameless. Thankfully, Americus had no shame in his hilariously sexy spot in the comedy flick Let’s Be Cops (2014), and he showed off his completely nude body, including looks at his sack and ass, while being chased by the titular characters. We’d like to cop a feel of Americus!

8 Pics & 1 Clip
Nude, butt, balls, shirtless 00:38:00 Americus flops around with his cock and ass out, giving a cop a close encounter with his rod.