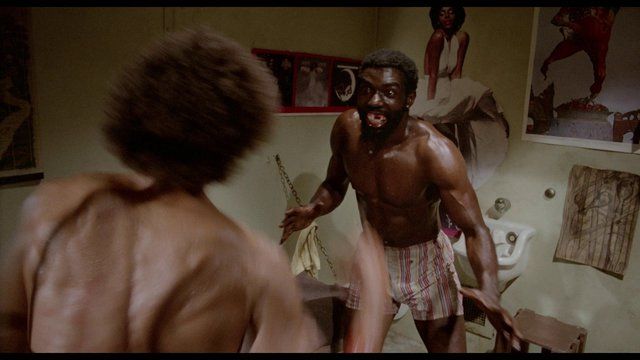 Brooklyn born and raised character actor Badja Djola’s career spanned nearly 30 years before coming to an unexpectedly early end. In the late 1970’s Badja got his break in the movie Penitentiary (1979). That performance launched a career that saw him play in some very popular movies and TV shows and with some of the biggest stars in the world. Sadly, his career ended prematurely when he had a heart attack in 2005 and passed away at the age of 56.

In the aforementioned Penitentiary, we get a good look at a shirtless, sweaty Badja when he sits on the bed in his cell with no shirt on, letting us soak in his strong arms and washboard abs.