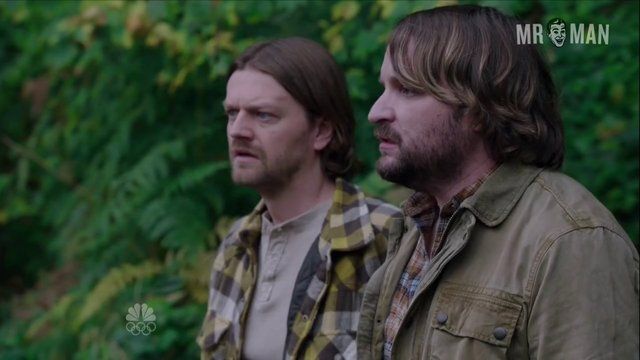 Hailing from the Midwest, hulking bald stud David Figlioli has trained in comedy but doesn’t seem to get to use that training all that often, having built an impressive resume over the last couple of decades that mostly includes dramatic roles. Once you see him, though, it won’t surprise you at all that he is very frequently cast in crime shows and cop dramas, both as officers of the law and not, because he just has that sort of look about him. He acted in a couple of short films—Dating Rosie (1999) and How I Saved the World (2001)—before eventually landing a role near the end of the run of The X-Files in 2002. From there he went on to appear in The Practice, The District, Robbery Homicide Division, Star Trek: Enterprise, Monk, Numb3rs, CSI, Backstrom, and Murder in the First, and in films including I Know Who Killed Me (2007) and Time Lapse (2014). His role as some sort of sea monster on an episode of Grimm got our attention, however, as it gave us a good look at his stunning figure when he exits a body of water and transforms back into a hot dude!