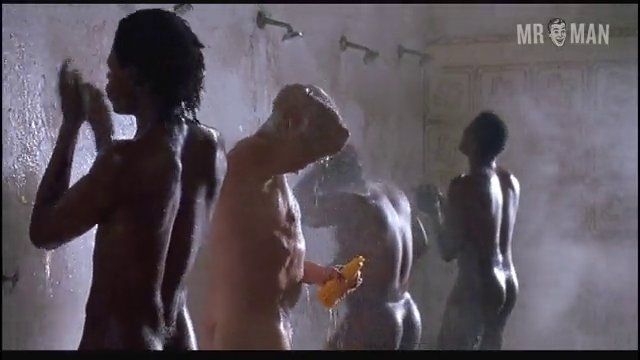 The Long Run (2001)
Nude, butt, penis, shirtless 00:03:50 Gift &amp; Armin bares their dongs and derrieres while showering, and we also get some bonus looks at Christopher &amp; Desmond's delicious hindquarters as well!
advertisement

Singer, actor, mime artist, and entertainer Desmond Dube came a long way to bring his talents (and tush) to Hollywood. The South African born dude’s exploration of street theater in his home country eventually paid off and soon enough he was earning small roles on the boob tube movies Inside (1996), Black Velvet Band (1997), and Jo’burg Blues (1997). On the silver screen, the alliterative named actor looked large and in charge in the films Panic Mechanic (1996), The Millennium Menace (1989), Hotel Rwanda (2004), and Hopeville (2010). Like all actors, Mr. Man hoped that Desmond would show some skin in his roles, and thanks to the track and field drama The Long Run (2001), our hopes finally came to fruition. During a crowded shower scene, double D manages to flash his fanny while getting clean. Oddly enough, this will definitely make you dirty!