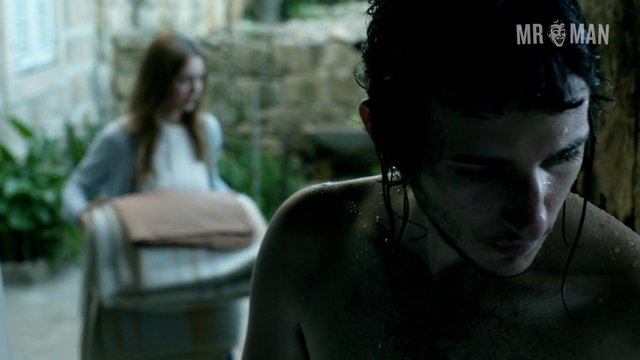 The six-part television mini-series Dig is a murder mystery that takes place at an archaeological dig. Jason Isaacs stars as Peter Connelly, an FBI agent that is stationed in Jerusalem to investigate the case of a murdered American archaeologist. While piecing clues together, he suddenly realizes that he has unearthed a international conspiracy so magnanimous that it could change the course of history. Spooky stuff. Peter is almost certain that the time is ticking on a catastrophic event, so he finds himself racing against the clock to unravel the mystery, a task that will take him to New Mexico, Norway, and into the sprawling tunnels under Jerusalem, which he navigates with cutie archeologist Emma Wilson (Alison Sudol). On the pilot episode, Jason Isaacs takes a break from the case to go for a skinny dip with his girlie in some cave water. That’s an ass everyone can really dig!