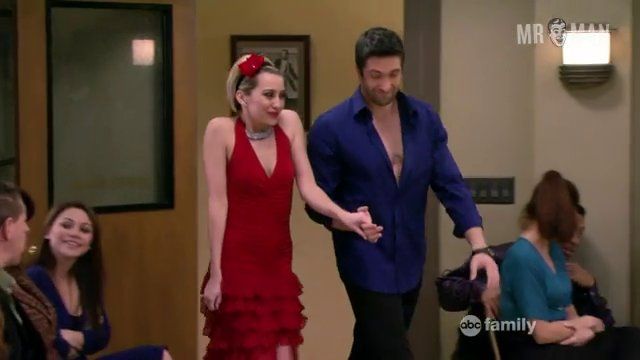 Russian hottie Dmitry Chaplin made a name for himself in his home country for his amazing dancing skills. The sexy dancer brought his hip-shaking skills to the boob tube when he appeared on the second season of So You Think You Can Dance, where he often danced shirtless, before moving on as a professional on season eight of the ABC reality series Dancing with the Stars. Dmitry kicked off his acting career with a guest spot on the Fox comedy series Bones, and make no bones about it, we were craving some more shirtless action for the dancer-turned-thespian. He moved on to a small role on the show Broken at Love before he opened his shirt and made his pecs dance on an episode of the comedy series Baby Daddy. Dmitry can be our daddy anytime he wants!