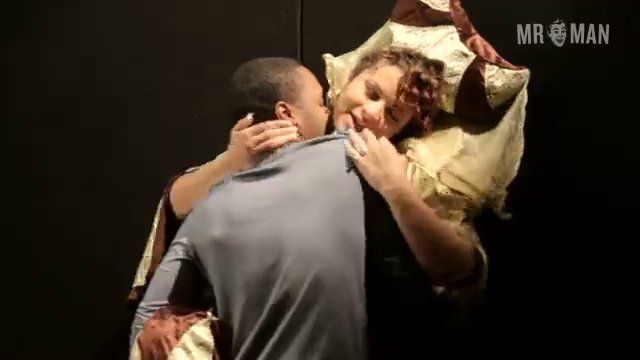 Garikayi Mutambirwa is the complete package. Not only is he drop dead gorgeous, he speaks French, and spent much of his childhood abroad when his family moved from New Jersey to Switzerland when he was six years old. At age 18 Garikayi moved back to the states to pursue acting and landed a role in the TV series Van-pires. From there it was full steam ahead with roles in hit shows like Dawson’s Creek, Bones and CSI: Miami. His role as Jason in Eating Out: Drama Camp (2011) will have doing some forensic work on your private zone while watching him take off his shirt as he gets his freak on during a full blow orgy that breaks out during a play. Garikayi looks so fine shirtless you will be pounding your naughty parts into teriyaki.