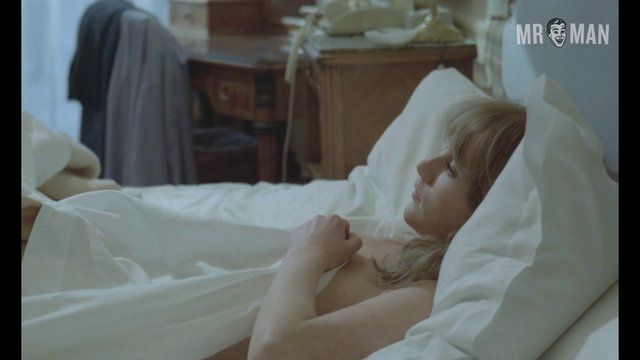 Loulou (1980)
Nude, butt, straight, shirtless 01:02:23 Don't let Guy's hairy back distract you from getting a teasing look at his rump.
advertisement

Guy Marchand is a gentleman that comes to us from the cobblestoned streets of Paris, France. Besides making a career for himself in the movies, Guy also developed a successful musical career as a singer, contributing his vocal masterpieces to many a movie soundtrack. The sexy crooner’s acting career has spanned nearly five decades with roles in popular films like, Rum Runners (1971), Take It from the Top (1978), Coup de torchon (1981), and Heat of Desire (1981). Speaking of heat and desire, Guy wowed us with his only nude role in the erotic drama Loulou (1980). While Gérard Depardieu attempted to steal the show with his penis-baring scenes, it was Guy’s rump while humping a chick that had Mr. Man’s loins tingling. While in his golden years, Guy continues to make his presence felt on the silver screen, but we probably will never get a glance at Guy’s guy, forever disappointing his fans. Can’t win ‘em all.

4 Pics & 1 Clip
Nude, butt, straight, shirtless 01:02:23 Don't let Guy's hairy back distract you from getting a teasing look at his rump.