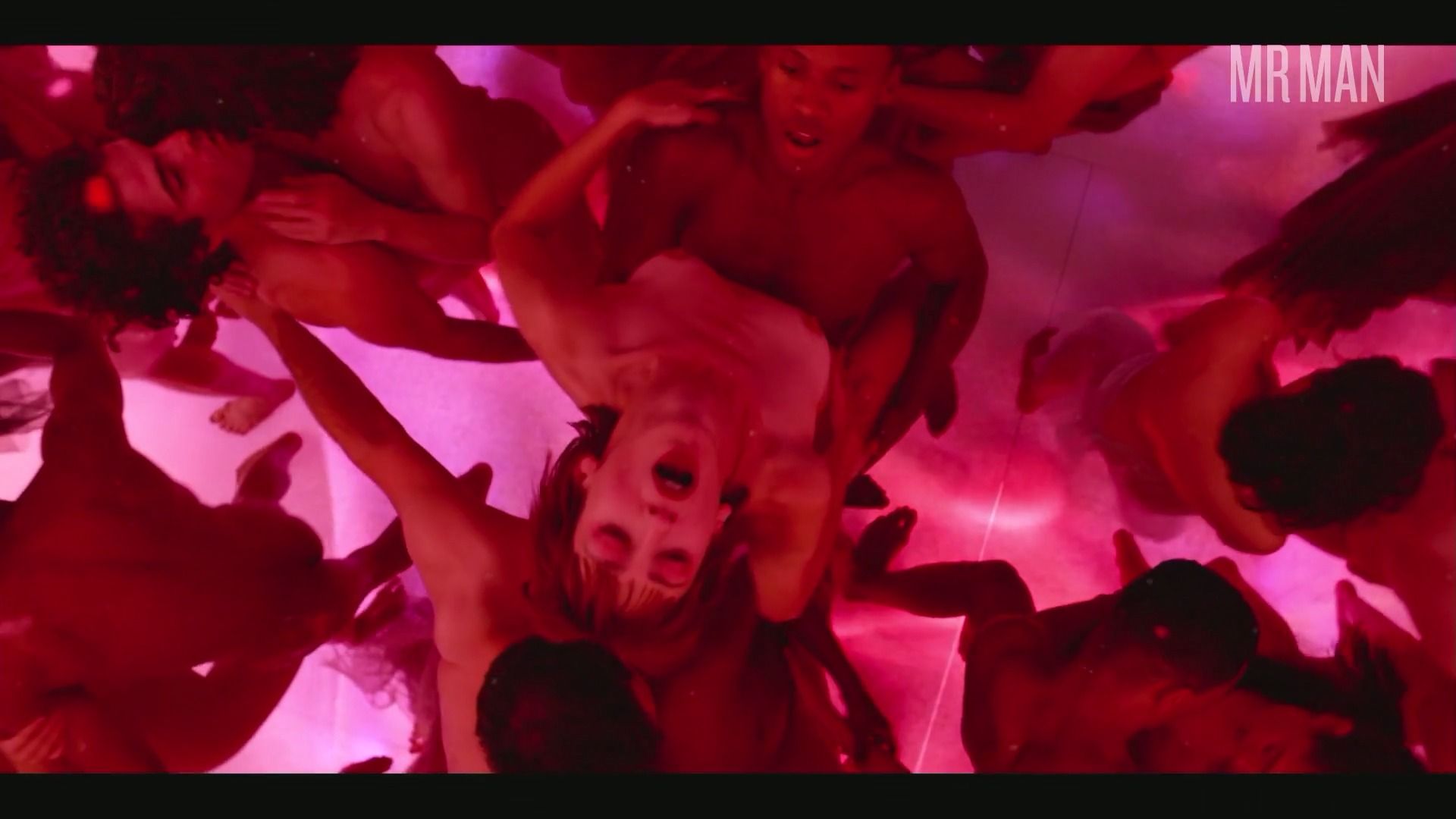 Ira Mandela Siobhan is a young British hottie with a promising future! He got his start on stage in England, where he's lent his acting talent to some of the biggest productions in the UK theater scene such as My Brilliant Friend and The Wind in the Willows in London's esteemed West End. But this man's sexiness was far too extreme to be contained by the theater. Ira was always meant to bust out onto the screen, and he did so in 2015 with his breakout role in London Road. He also starred in a couple of plays that were recorded for the screen, and he had a role in a 2015 short called Mm-Hm, but we probably don't need to tell you that Ira Mandela Siobhan's biggest breakout role came with the 2020 Peacock Network series Brave New World. It's set in a dystopian future where most personal attributes such as money and family history are outlawed. Something that apparently isn't outlawed is a wild group sex party! Ira joins the cast as Damon, and in this scene he gives us our first look yet at his sexy shirtless bod. Ira is swept up in the partygoing spirit, stripping down to get dirty with a woman in a room full of naked people! There are many ways to make your shirtless debut here at Mr. Man, but we have to say, this is certainly one of the sexiest that we've seen recently.  Ira-lly wish that he would go nude soon!