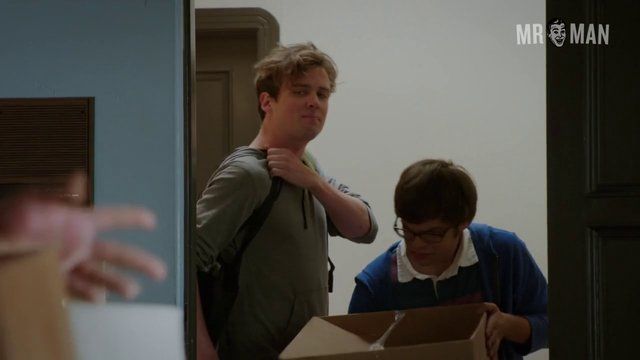 Cooper Barrett's Guide to Surviving Life (2016)
Sexy, shirtless Ep. 01x01 James Earl dances around in his dorm room, with just a cardboard box keeping us from seeing his junk.
advertisement

James Earl has that kind of gleaming white smile that could charm us into doing anything he wishes. Not that we would mind! Some fans might know the tall, dark, and suave actor from one of his early roles as a high school hunk on the TV show Glee (2009). The jock-with-a-heart-of-gold went on to have roles in Gridiron Gang (2006), Fired Up! (2009), and The Lazarus Effect (2015). He showed off a little more of his adult physique in the TV series Cooper Barrett's Guide to Surviving Life (2016) where he plays the confident character Barry Sanders. In one episode, he doesn't wear anything at all! While his bottom half is conveniently covered up leaving us all guessing and wanting more, we do get to enjoy his strong, broad chest and delicious tummy. His skin looks delightfully smooth, like he is just begging us to touch him all over. Hopefully, he isn't quite so covered up next time!