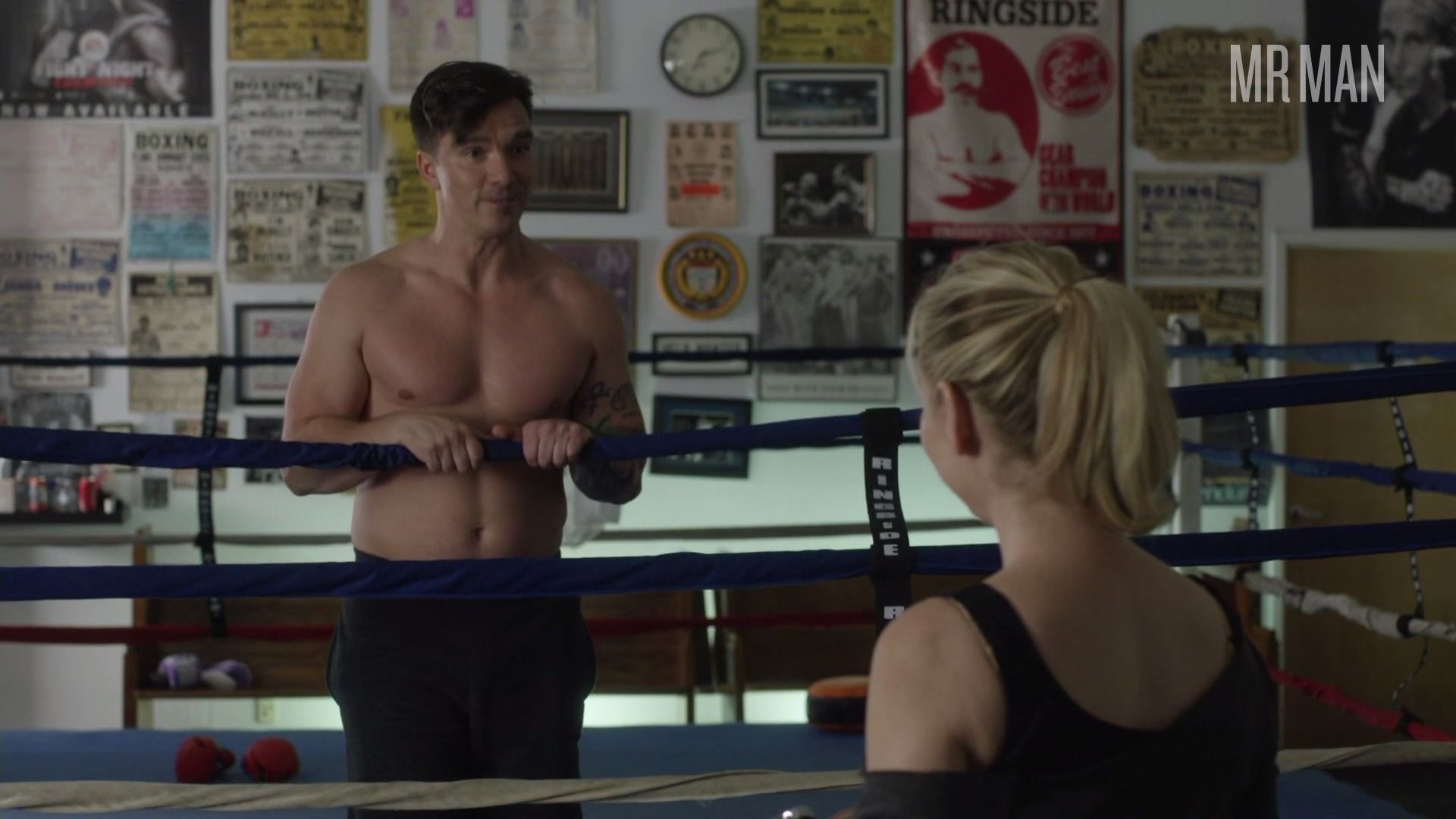 Want to drool over a new hunk? Then Jeff Winslow is the way to go. Thie brunette hottie with a big beefy body made his debut in 2019's Eleanor as Apollo. He then starred in the short film Nite as Daniel. His best role to date, however, was as Mickey in The Will (2020) where it was our will to see even more of his bod. He works out shirtless in a boxing gym, but we'd like him to take those shorts off and de-glove his member. Next time! Jeff is a total knockout!