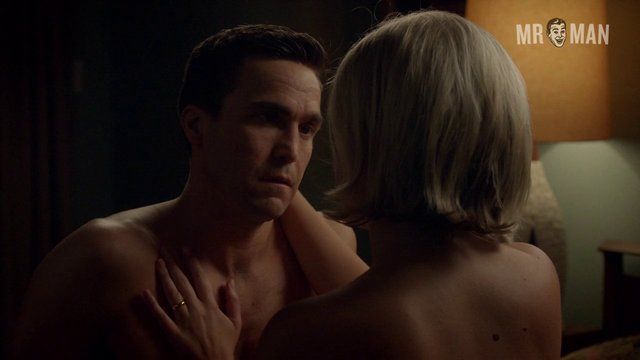 Joe Tapper is a talented stage, television, and movie actor who earned his Master of Fine Arts from the prestigious Yale University. A staple in the New York theater world, Joe married fellow Broadway thespian Annaleigh Ashford in 2013. Tapper’s television career includes a role on Law & Order: Special Victims Unit as well as an appearance on American Odyssey. Nothing gets our Joe juices flowing, however, more than his role as Keith on the Showtime Mr. Man-approved series Masters of Sex. You’ll be mastering something of your own as a shirtless Joe Tapper nervously practices intimacy with a girl. This Tapper’s a keeper!