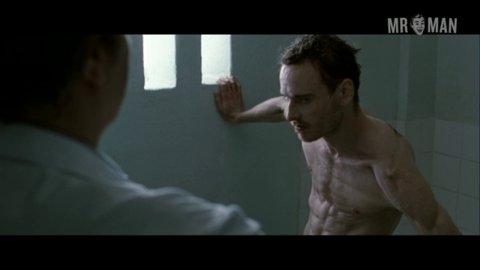 Hunger (2008) Sexy, shirtless 00:42:54 A shirtless and emaciated Michael emerges from a bath and passes out from lack of food. 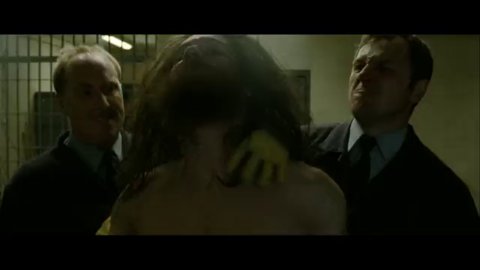 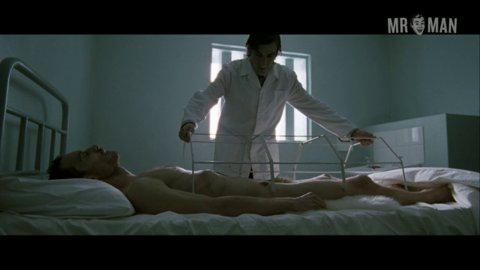 Michael Fassbender had been earning acclaim in small films for a few years when he got his big break starring as Magneto in X-Men: First Class (2011). He burst penis first into world-wide fame in Shame (2011) where he stars as Brandon, a man whose sexual appetite cannot be curbed. His performance won him multiple awards and landed him a Golden Globe nomination. It also landed him in the MrMan Hall of Fame!

Shame starts out with a bang as the very first scene offers a close-up, full screen view of Michael’s magical shaft as he walks around his apartment nude. He could use that thing as a hammer to hang sheetrock! Throughout the movie Michael seems to be out of his clothes more than he is in them. He pounds a hooker a from behind in a window at a hotel with his tight, desirable duff on full display. He drops his towel while wrestling with his sister and later he ferociously flogs his pole in the bathroom. This is a sexually charged movie that is carried by Fassbender and his ample tool.

While Shame is the main course when it comes to Michael Fassbender nudity, there is a nice rear shot of him in Angel (2007) and Hunger (2008) gives us some nice bushage, a few ass shots and even a sweet view of his family jewels. It seems the more famous he gets, the more he shows. Here’s to hoping that trend continues.

4 Pics & 2 Clips
Nude, butt, straight, shirtless 01:20:37 Michael gets undressed and limps into a cat covered bed. With his bum leg, Michael is still able to have sex with his sweetie.