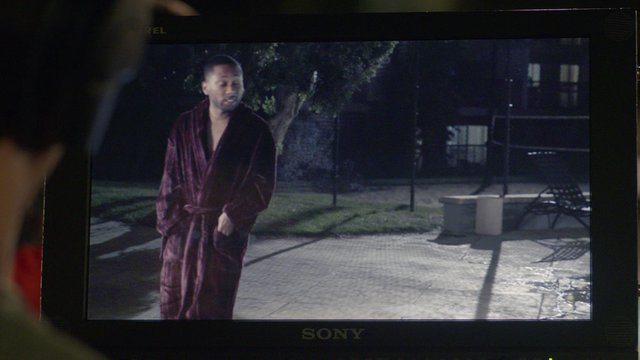 It can’t be easy growing up with a very famous brother. Jordan Rock knows that all too well. His brother, Chris Rock, is one of the biggest comics in the world so Jordan decided he would embrace his brother's fame, but forge his own path instead of relying on his brother's name. He started on the ground floor, working as a production assistant while doing standup comedy gigs, auditioning, and taking whatever parts he could get. The hard work eventually paid off with him landing a lead on the popular show Love.

It’s in an episode of Love that we see Mr. Rock’s rock hard ass when he drops his robe to get into a hot tub naked. We see him from behind so we get a very good, full screen, view of that booty as he smiles and laughs.