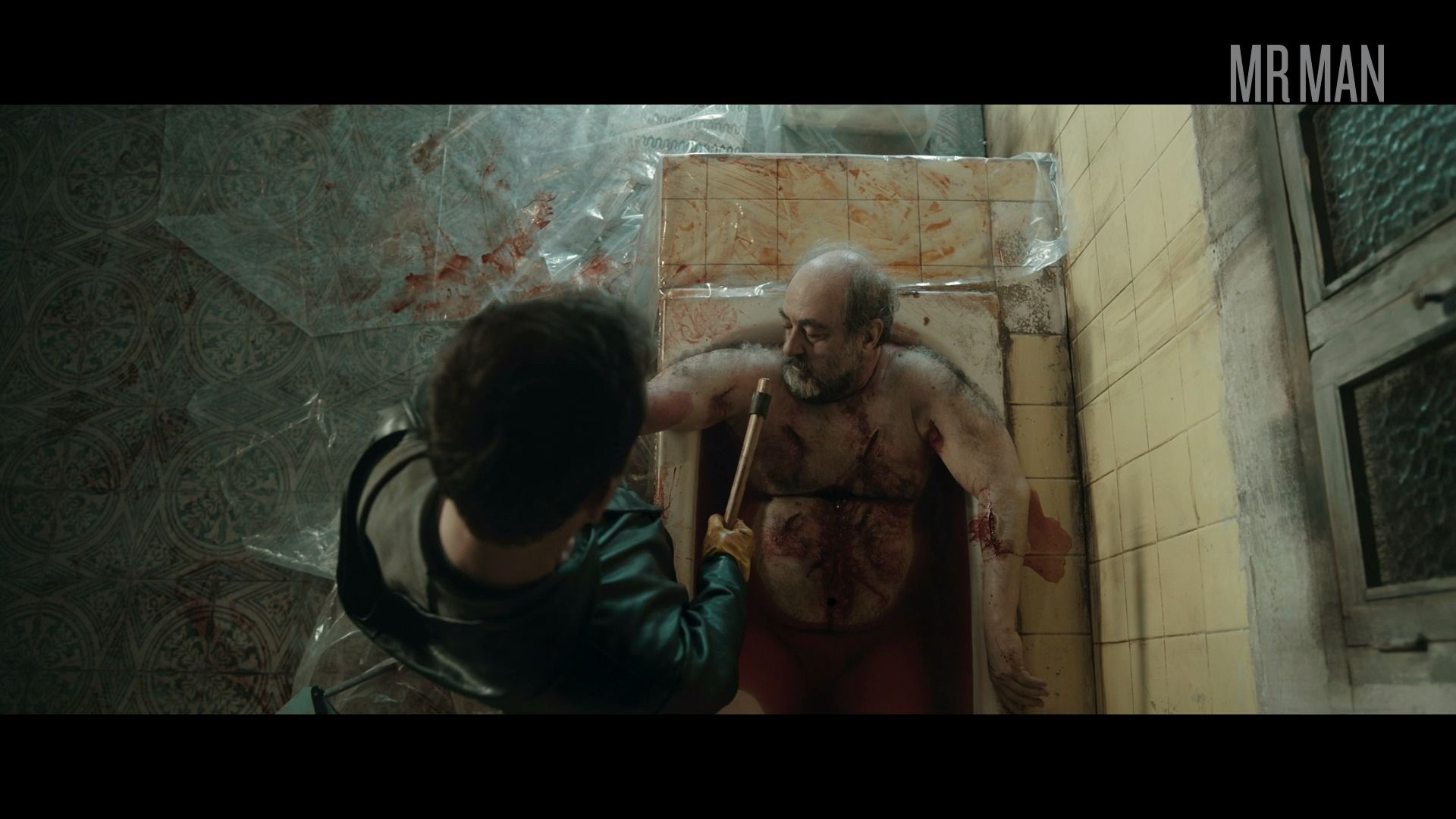 José Ángel Egido is a sexy Spanish actor who hails from the Galicia region of northern Spain. This northern hunk hasn't shown off his southern regions, but we've enjoyed the salt-n-pepper zaddy's long career since 1983. He's enjoyed a lot of success with famous roles in Swindled (2004), Open Your Eyes (1997), The Night of the Brother (2005), The Silly Age (2006), Matadero (2019), and Everybody Knows where everybody knows how hot he is. He plays Ferran Carretero in The Silence of the Marsh (2019) where we can't stay silent about his bare belly as he laid in a bathtub. Yes, he was a murder victim, but Jose looks heavenly!