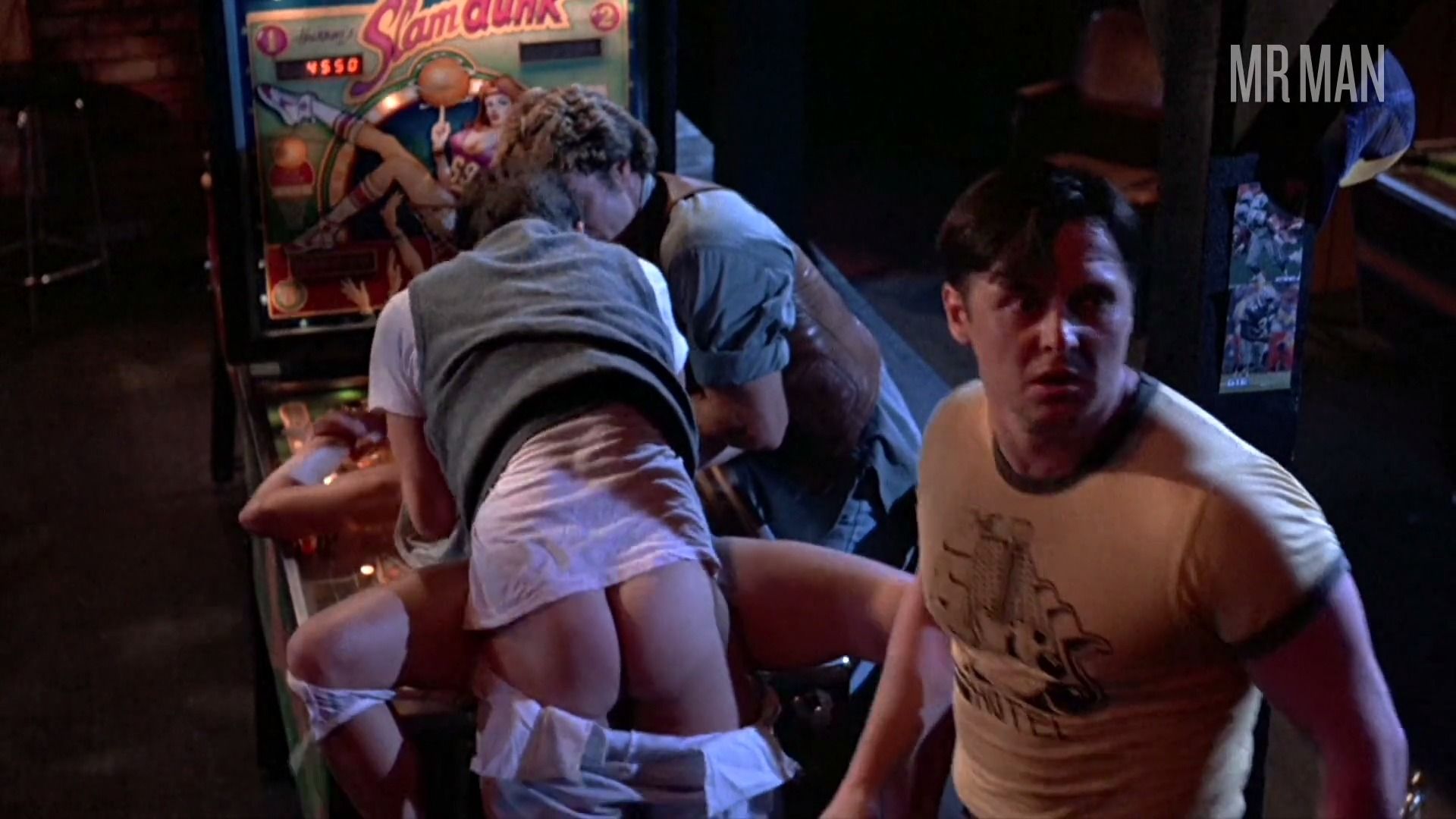 The Accused (1988)
Nude, butt, straight 01:27:10 Woody Brown, Steve Antin and Kim Kondrashoff all bare buns as they take turns banging a babe on a pinball machine.

This Canadian cutie has made a character actor career out of playing jerks, geeks, dead bodies, security guards, and goons alike!  Kim Kondrashoff got his start way back in the mid-80s and had a pretty solid and successful run in movies like Stakeout (1987) and Bird on a Wire (1990).  He is probably most recognizable though for his role in the 1988 Academy Award winner The Accused, where is plays one of Jodie Foster's attackers in the now incredibly infamous pinball machine scene.  Kim has since gone on the get roles in The X-Files, Stargate SG-1, and the Van Damme classic Timecop (1994) since then, so don't think he's a bad guy because it's just a movie, guys!