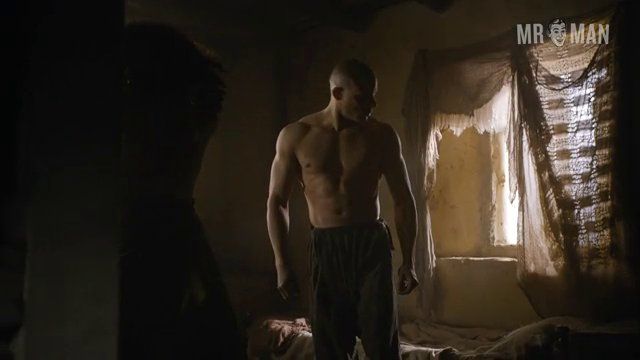 With his muscular, athletic body, the hunky Marcos James looks like he should be playing middle linebacker for an NFL team instead of acting. But thankfully for us, Marcos has chosen the theater arts to try and make a living, a career path that started with an appearance in the 2010 short Reunion, followed up by a role in another short, Love (2014). You’ll really love it when Marcos loses his shirt and visits a hooker on season five, episode one of the HBO series Game of Thrones. What a perfect body!