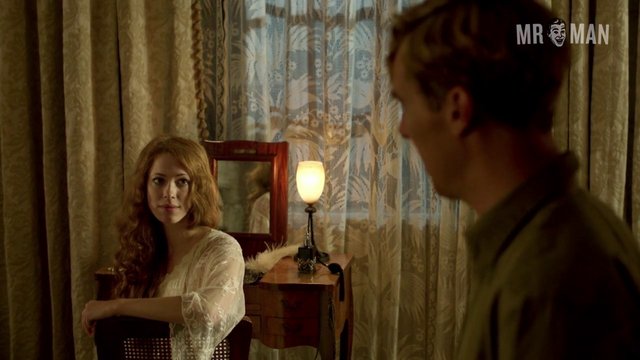 Parade’s End is a 2013 HBO mini-series starring Benedict Cumberbatch, Rebecca Hall, and Roger Allam. This five episode period drama is set during World War I and follows a love triangle between a wealthy former soldier, his unfaithful wife, and a young suffragette whom the soldier falls in love with. The series was nominated for five Primetime Emmy Awards in 2013. Beautiful Brit Benedict Cumberbatch shows off that sexy, smooth chest while walking around his apartment in an unbuttoned shirt. This blonde babe gives us a great look at those perfect pecs and lean stomach while talking to his lady. Mr. Cumberbatch will have you cumming a batch! Parade’s End is sure to give you a happy ending!