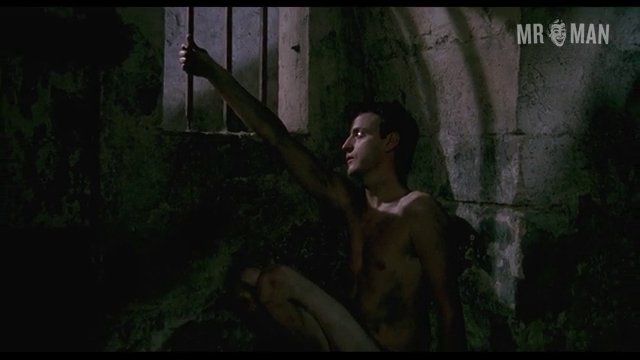 What is it about an attractive brunette Euro stud that instantly makes us all want to drop our pants and get the party started? If we could ask Paul Rhys what his trick is, we’d gladly take up the opportunity to do so! Born in Neath, Wales in 1963, it’s said that Paul got the urge to act after catching a showing of Saturday Night Fever at his local cinema. He went on to attend RADA and was cast into the film Absolute Beginners (1986) while he was still attending acting school.

Widely known for his piercing chocolate brown eyes and intensely sexy stare, it’s no surprise with his incredible acting skills that Paul’s can been seen in over 60 films. Some of Paul’s most widely known performances can be seen in the films Chaplin (1992), Nina Takes a Lover (1994), and From Hell (2001).

Although we can appreciate acting talent regardless of the skin involved, we’ve just got to say that Vincent & Theo (1990) was the film which really did the trick for us. Seeing Paul’s sexy bod all sweaty, shirtless, and covered in dirt was enough to leave a lasting impression and keep our attention hooked on his hotness. The night is still young for this stud-worthy Euro Don Juan. We can only hope that we’ll get to see more of what he's been hiding under all of those clothes on the big screen in living oh so sexy color!