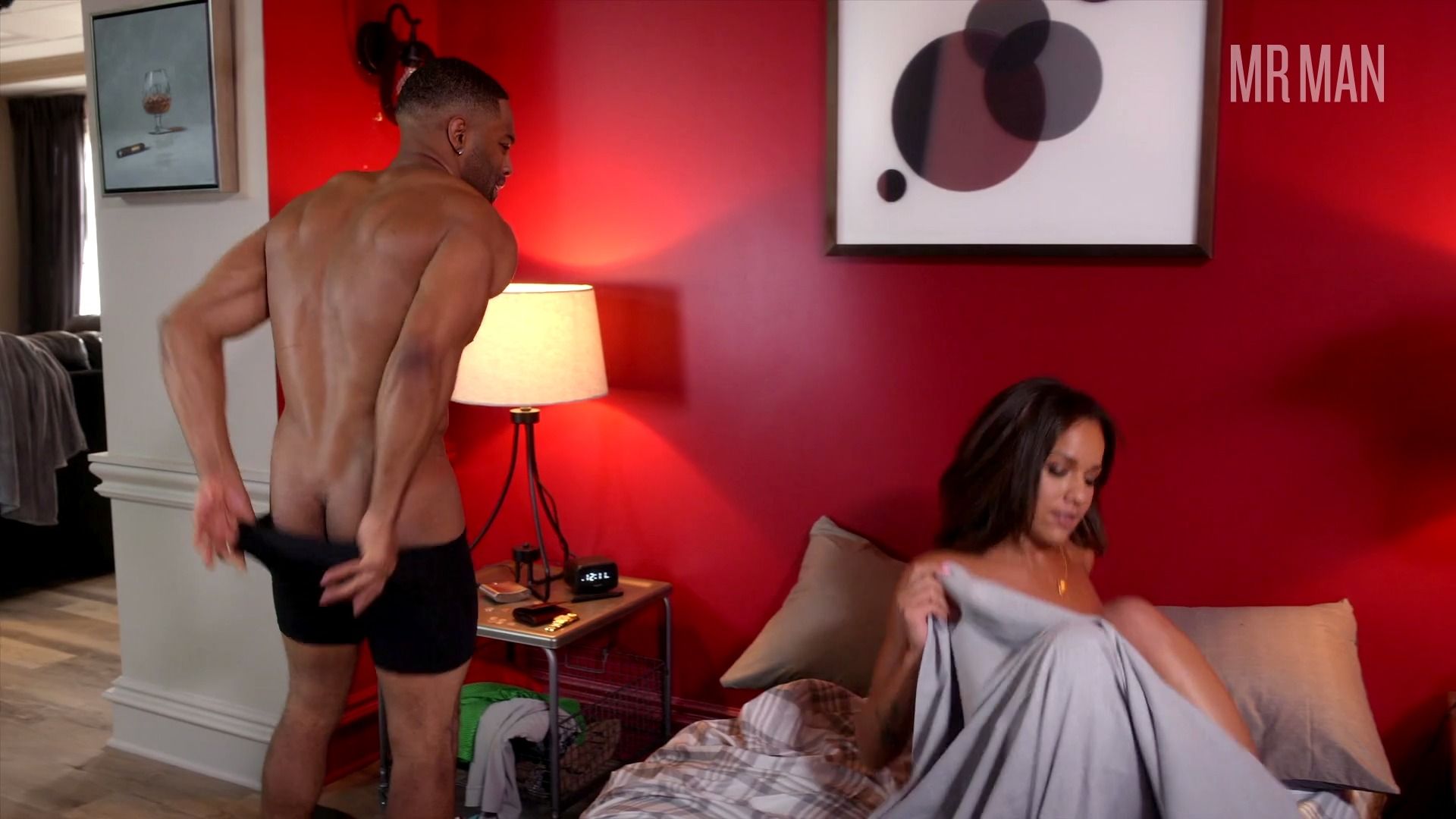 Phillip Mullings Jr. has junior in his name, but he's a fully grown beefcake. There's nothing junior about this black beauty whose glistening smile and chiseled bod has audiences melting around the globe. He began his acting career in 2013, but he has also editing, writing, directing, producing, and casting credits under his belt. Okay, wow, a multi-talented hottie? We're down with that. He has starred as Nico Martin in The Act of Killing (2014), Emery in We Love You (2016), an EMT in Five Feet Apart (2019), and Patrick in the series American Soul (2019). He played Mike Alexander in the series Bruh (2020). Bruh...Phillip shows his ass in this. He has a sweat-inducing sex scene that will get your heart rate up by just watching. Then he briefly bares his buns before pulling up his boxer briefs. It's brief, but he's beautiful. We can't wait to see even more of Mr. Mullings!