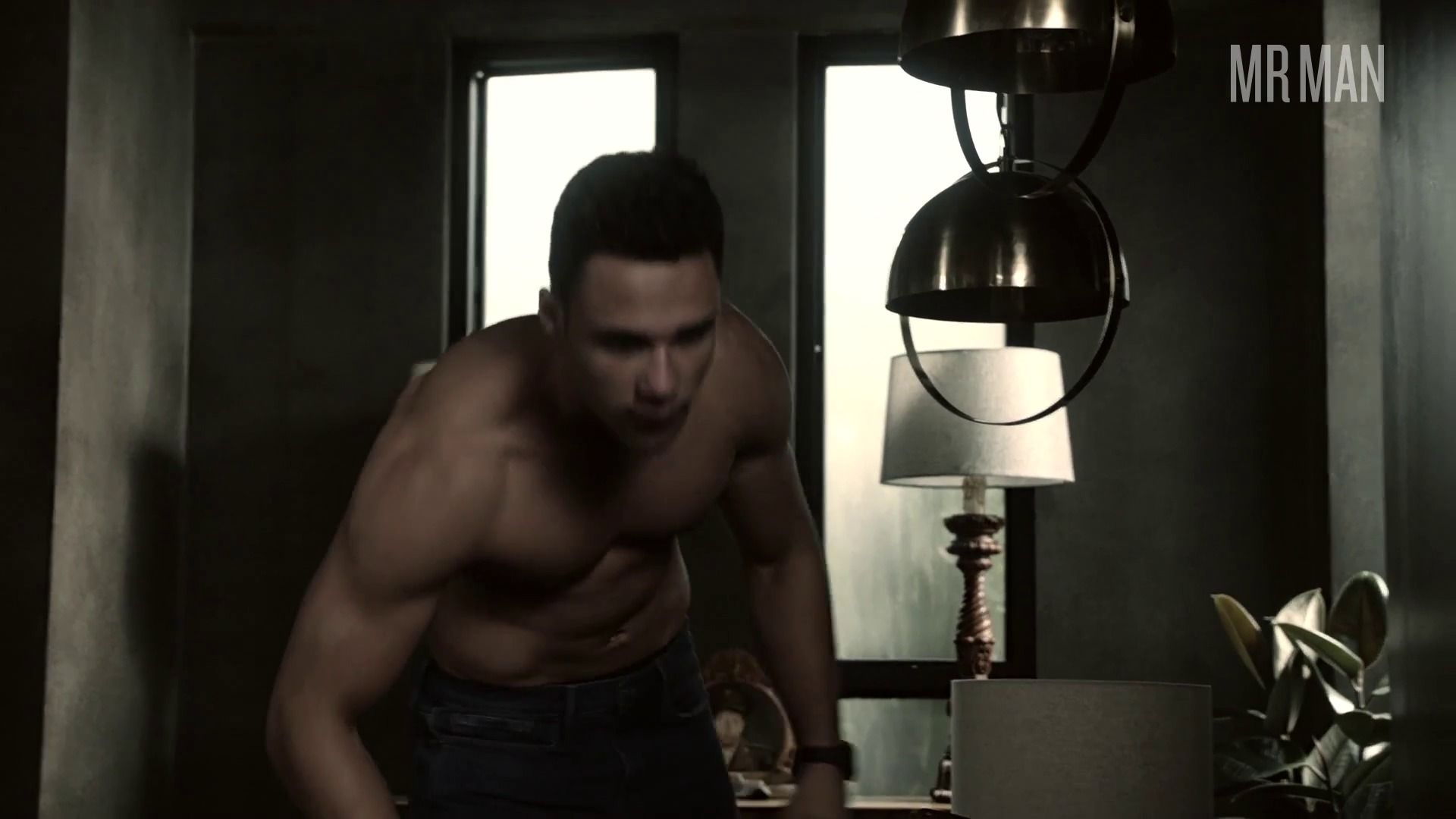 This brand spanking new babe on the scene, Rafael Silva, will certainly make you salivate once you see his pecks and trapezius' flex!  Rafael has blown up onto the scene as the love interest of Rob Lowe's character's son, played by the equally sexy Ronen Rubinstein, on the Fox series 9-1-1: Lone Star.  Doesn't take long for Rafael to show us how his gym routine is forming that lover boy toy body into shape when he goes for a roll in the hay with Ronen in episode 2!  Let's hope this Hispanic supernova keeps shirtless in future episodes.. Get out of that cop car and into our dreams, Rafael!