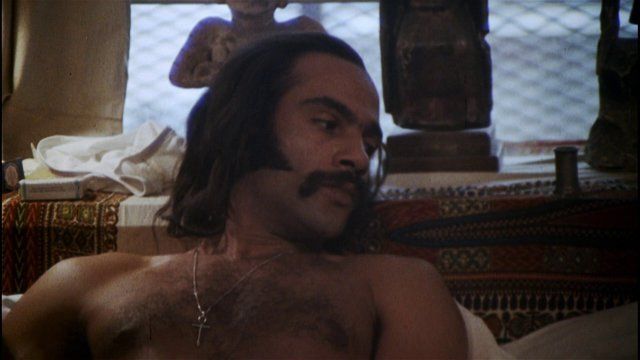 Super Fly (1972)
Sexy, underwear, shirtless, bulge 00:03:00 The camera pans up on Ron who sits shirtless before doing some blow off the cross he wears on his neck. When the camera pans out we see that he is in bed with a woman.
advertisement

Ron O'Neal's legacy on film is important. The classically trained actor ended up becoming an icon of blaxploitation film in the 70's with his role as Youngblood Priest in Super Fly (1972) which shows off several scenes of the black chest fuzz on his lean chest. That was only his third film, launching him into our hearts immediately. He's also starred in Red Dawn (1984), The Final Countdown (1980), The Hitter (1979), When a Stranger Calls (1979) and more. He passed away in 2004, but Super Fly himself lives on in our spank banks.