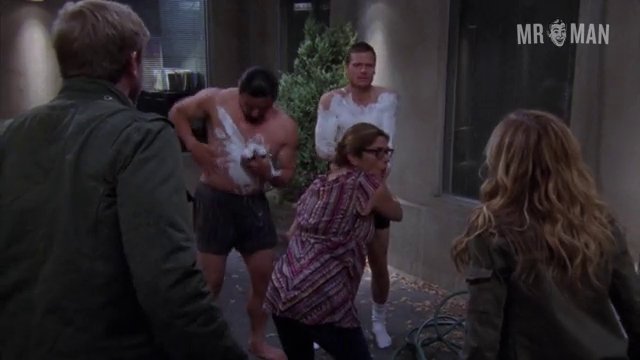 The popular TNT network drama Saving Grace follows Grace Hanadarko (Holly Hunter), a hard-boiled Oklahoma City police detective who, after a drunken car wreck, gets another shot at life from a crusty, tobacco-chewing angel named Earl (Leon Rippy). The unexpected visitor from heaven tells Grace she’s on a certain path to Hell if she doesn’t change her selfish ways. Using tough love and even tougher language, Earl guides Grace back on the straight and narrow, directing her to cases and people in need of her help. Okay, so it doesn’t sound like your kind of television show? Well, the saving grace of the show is all the flesh and steaminess that it brings. With hunks like Gregory Norman Cruz and Bailey Chase losing their shirts in sexy and fun situations might make you change your mind. Throw in some butt-baring scenes from Eric Balfour and Kenny Johnson as they get freaky in bed with their ladies, and nothing can save you from touching yourself while you tune in!