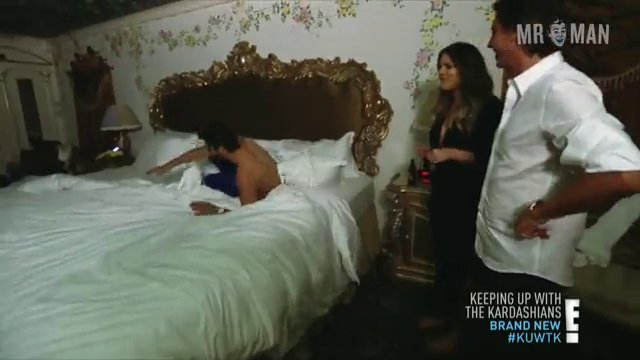 Reality show star Scott Disick is the spoiled boyfriend of Kourtney Kardashian. When he’s not alligator hunting, crashing cars or punching mirrors, he’s painfully doing his best to imitate the on-screen personality of Patrick Bateman, the fictional madman from American Psycho (2000). He first appeared on Keeping Up with the Kardashians in 2007, and he also showed up on the unnecessary spin-off Kourtney & Kim Take Miami. The suave stud wowed his fans and followers alike when he teased a look at his ass while doing annoying flips on a bed in season nine, episode seventeen of Keeping Up with the Kardashians. Calm down, brah! Who cares about the Kardashians! Mr. Man wants to keep up (and get down) with Scott Disick!